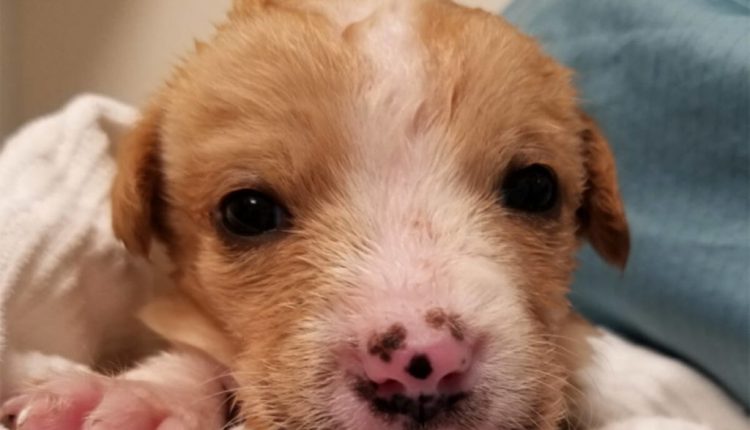 Rescue workers at a northeastern BC SPCA centre feared the worst when they learned of 21 puppies found abandoned next to a bucket of antifreeze.

“Two stray dogs believed to be sisters had shown up on their property. They were heavily pregnant but appeared to be healthy,” Buchamer said in a news release. The property owners said each dog birthed their puppies, but they awoke find one mother dead beside a bucket of antifreeze.

The remaining mother and 21 puppies were alive but covered in the chemical substance. The SPCA did an emergency intake of the animals, and were relieved to find none of them had ingested any.

The mother, named Shadow, was suffering from mastitis but immediately responded well to antibiotics. Several of the puppies have a bacterial overgrowth often caused by stress-related changes, but are also doing better on medication.

They all need de-worming, and spaying and neutering, Buchamer said.

She said Shadow has regained enough strength to nurse four of the smallest puppies, and the remaining 17 have been placed in foster homes. All of them are doing well, Buchamer said.

“They are eager to interact with people and get snuggles; all of the puppies have a strong mischievous streak,” she said.

They’ll be ready for adoption in another three or four weeks, and Shadow will be available once her puppies are weaned and she is spayed.

They can be seen on the BC SPCA website under News Stories.