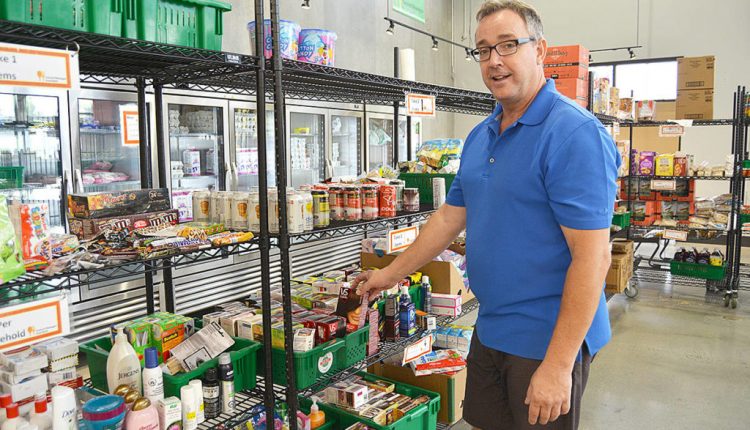 Okanagan chefs are stretching their imaginations with a fundraiser that has them using only ingredients from the food bank.

The Fork and Spoon Fundraiser is featuring nine chefs that are creating a nine-course meal at the Central Okanagan Community Food Bank. All proceeds raised will go directly to the food bank.

Organizer Cody Pollard said he held a similar event last spring called the Sip and Savour, but he wanted to step it up a notch with the fundraiser.

Through his other business, involving high-end bar service for events, he connected with the chefs, he said, and believes strongly in the food bank’s message.

“I believe that no one should have to go hungry,” Pollard said. “There never should be the choice between rent and food. You should always have food… food is delicious. At the food bank it’s kind of their mission so it lines up perfectly,” he said.

The event will be held Oct. 13, from 5 to 10 p.m. at the Central Okanagan Community Food Bank. The first 20 tickets will be $200 or $250 regular and can be found online through bit.ly/forkandspoon.

Lenetta Parry, executive director of the food bank, said the bank serves4,000 people every month, 33 per cent of which are youth under 15 and 12 per cent are seniors on a fixed income.

“Events like this are important to the food bank because it helps raise awareness of the need in the community and I think it will be an opportunity to have people come down and visit the food bank and take a tour,” she said. “We don’t exist without the support of our community.”

Parry said the event will feature the chefs, but will also have local wines, entertainment and a silent auction.

“One of the things at the food bank that we really try to emphasize is healthy, nutritious food, one who sees our market can see it’s full of fresh produce and milk and eggs and yoghurts and cheeses and things like that… so it could be an event to get people thinking of creative ways in the kitchen,” Parry said.

James Holmes, executive chef for Salt & Brick, will be creating a cookbook containing the chefs’ dishes, he said.

“We’re going to raise money to publish a cookbook of that evening. Obviously, we’re very early in the planning but each chef will have his own chapter, which will feature his course, a bio about him, where he’s from and recipes from the evening and additional recipes,” he said.

All proceeds from the cookbook will continuously go back to the food bank, Holmes said.

The chefs will start a Kickstarter or GoFundMe to fund the book, he said.