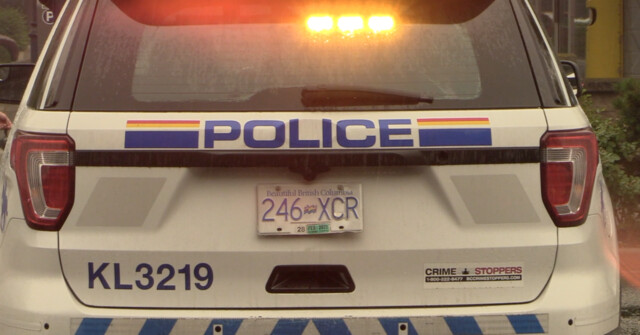 Both eastbound lanes and one westbound lane of KLO Road have reopened following a crash Monday afternoon.

Police continue to investigate the cause of the crash that sent a 14-year-old boy to the hospital with serious injuries.

Castanet will have more information as it becomes available.

A 14-year-old boy has been sent to hospital with what police are calling serious injuries after being hit by a vehicle.

The Kelowna RCMP is asking motorists to avoid the 1400-block of KLO Road and use an alternative route following the collision.

On August 2nd, just after noon, Kelowna RCMP responded to a report of a collision between a pedestrian and a passenger vehicle at a pedestrian crosswalk in the 1400-block of KLO Road.

The pedestrian, a 14-year-old boy, was transported to hospital by BC Emergency Health Services with what are believed to be serious and potentially life-threatening injuries.

The driver of the vehicle has remained on the scene and is cooperating with the investigation.

RCMP are working to determine the cause of the collision.

Due to the severity of this collision, both eastbound lanes and one westbound lane of KLO road are closed as part of the investigation.

The length of this closure is currently unknown.