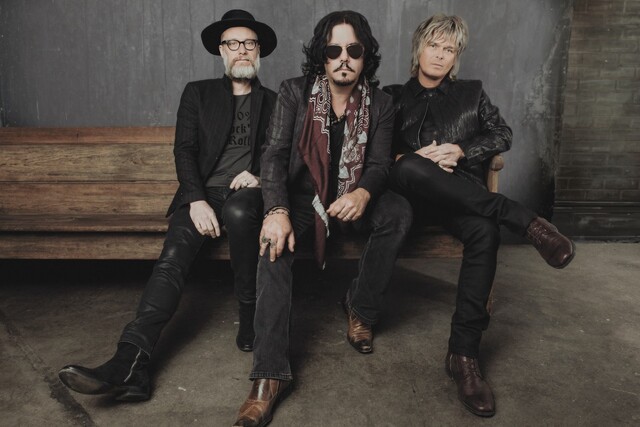 After a pandemic pause, the Tea Get together is prepared for Kelowna’s Rock the Lake – Kelowna Information

The Tea Party will be returning to the stage in Kelowna this summer, close to three decades after making their first appearance in the city.

Originally hailing from Ontario, the Canadian rock band will be playing at Kelowna’s Rock the Lake festival, which takes place outside Prospera Place from Aug. 5-7.

Stuart Chatwood, one of the three members of Tea Party, says the band has played in Kelowna “many times,” since first playing in the city in 1993 on their very first tour.

“Everything was new, we were starting to sell records then too for the first time, like in a big way,” Chatwood said. “It was a really, really exciting time.”

Since then, the band continued to see success through the 90s, up until 2005 when they took a break. But the band reformed in 2011, and have continued to make music together ever since.

The band was scheduled to hit the road with fellow Canadian rockers Sloan, Headstones and Moist in 2020, but the pandemic forced the tour’s cancellation. Their last show together was in October 2019, but they’re hitting the road hard this summer, playing 19 shows in June, July and early August, finishing off with the Rock the Lake Show in Kelowna on Aug. 6.

While the band wasn’t able to play together during the pandemic, Chatwood was able to keep busy, recording music for video games. The three were able to remotely record a couple cover songs through the pandemic.

But Chatwood says he’s excited to be able to play in front of people once again.

“I’m actually excited for some of the new fans,” he said. “The audience gives the band energy, we give the audience energy and it’s just a magical moment. I’ve had some incredibly magical evenings, audiences that are in line with the band and they’re there to have a good time.”

Save for the brief hiatus in the mid-2000s, the band has managed to stay together since 1990.

“It’s more of a brotherhood. We love each other, we’re able to forgive each other’s misgivings and mistakes and move on, because we have a bigger picture in mind,” Chatwood said.

“There’s a magic that happens when the three of us are in a room. We’ve played with hundreds of other musicians … it makes me appreciate what we have.”

The Tea Party will be sharing the bill in Kelowna with Brian Wilson of the Beach Boys, A Flock of Seagulls, Trooper, Eve 6, Moist, Chilliwack, Bif Naked, and a number of others. The festival’s schedule has yet to be released, but tickets can be found here.