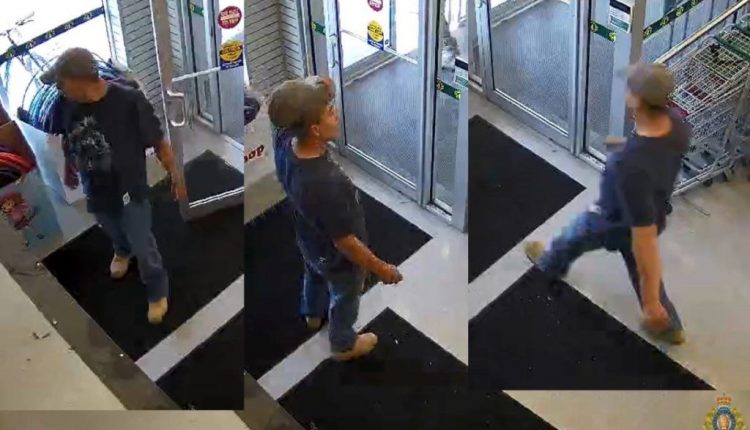 Are you able to establish this particular person of curiosity? – Kelowna Capital Information

RCMP are turning to the general public in hopes of advancing their investigation by identifying a male, who’s image was captured on a stores video surveillance system and who is now being considered a person-of-interest in this ongoing police investigation.

Kelowna RCMP responded May 3 at 6:50 p.m. to a report of a confrontation inside a retail store located in the 2300 block of Baron Road.

“A patron inside the store reportedly confronted an unknown male, who was believed to be acting in an inappropriate manner,” said RCMP Cpl. Jesse O’Donaghey of the Kelowna RCMP, in a press release. “When confronted by the victim, the unknown male fled the store on foot in an unknown direction.”

READ ALSO: TAKE DOWN IN KELOWNA

The person-of-interest is described as a male, possibly Native, approximately 25 to 35 years of age, 6 feet tall, of large build, with buzzed black hair. In the video footage reviewed by investigators the man is seen wearing a grey ball cap, blue jeans, a blue shirt with an unknown logo on the front and a pair of tan coloured boots.

“RCMP will not release specific details on the alleged actions of this unknown male, in order to protect the police investigation, which remains active and ongoing at this time,” said O’Donaghey.

“That being said, police are taking the matter seriously and we strongly encourage anyone who may have any information at all to come forward to speak with our investigators as soon as possible.”