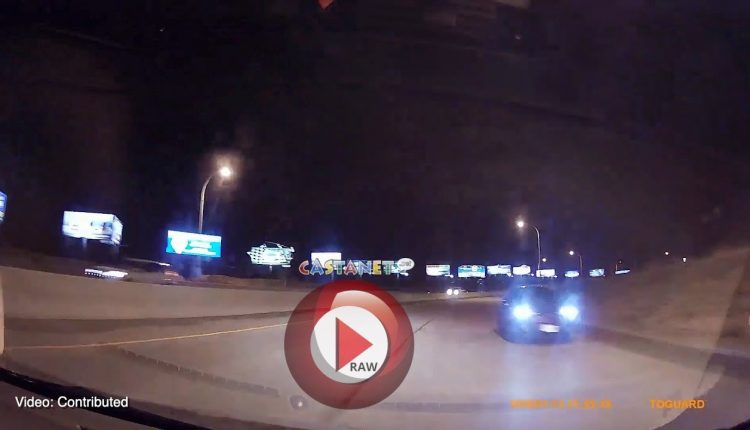 A couple heading down Bridge Hill into Kelowna on Saturday night found themselves swerving to avoid an oncoming car travelling the wrong way on the divided highway.

The incident happened just after 9:25 p.m.

“It was really scary because going towards the bridge it was kind of curved, so you couldn’t really see much — and then when we just saw an oncoming car. It was pretty fast I would say [going] around 70 or 80 kilometres,” said driver Kiara.

Kiara’s husband Jeremiah was in the passenger seat.

“It didn’t make any effort to avoid us or the car behind us as we saw in our rear dash cam.”

Jeremiah said he’s sharing the video to remind drivers to stay vigilant on the road, “especially on like a Friday or Saturday night and for drivers to remember to not be under the influence.”

It’s unknown what caused the motorist to drive in the wrong direction.