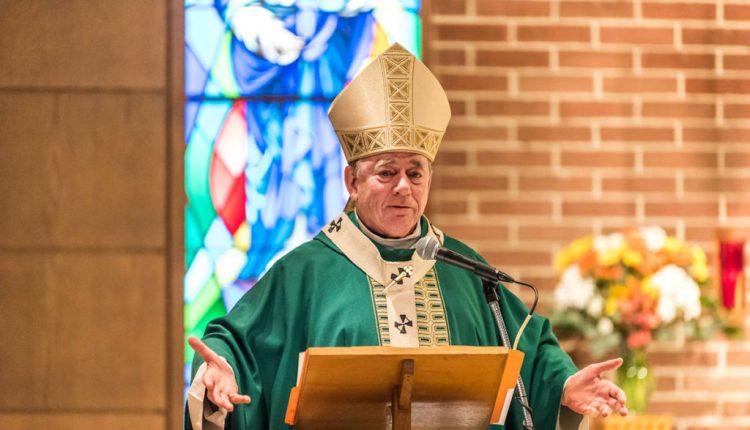 The head of the Roman Catholic Archdiocese of Vancouver has offered a formal apology for the church’s role in the residential school system.

Archbishop J. Michael Miller’s statement comes after the discovery of 215 children buried on the grounds of the former Kamloops Indian Residential School. The discovery was made public by the Tk’emlúps te Secwépemc First Nation last Thursday.

“In light of the heartbreaking disclosure of the remains of 215 children at the former Kamloops Indian Residential School, I am writing to express my deep apology and profound condolences to the families and communities that have been devastated by this horrific news,” Miller stated. “Each time new evidence of a tragedy is revealed, or another victim comes forward, countless wounds are reopened, and I know that you experience renewed suffering.”

The Kamloops residential school was operated by a Catholic order from its inception in 1890 until 1969, when the federal government took over the facility and ran it as a day school until its closure in 1976. It was one of five residential schools within the historical boundaries of the Vancouver archdiocese until 1945, when it was taken over by the Kamloops archdiocese.

Miller said his apology also comes with an offer of aid and transparency for the Tk’emlúps te Secwépemc, and other Indigenous Peoples affected by the church-run residential schools.

“We will be fully transparent with our archives and records regarding all residential schools, and strongly urge all other Catholic and government organizations to do the same,” he said, noting that those records were provided to the Truth and Reconciliation Commission in time for its final report in 2015.

Miller also offered mental health support and counselling for those whose loved ones may be among the people buried at the site of the Kamloops school, as well as providing “technical and professional support” to the Tk’emlúps te Secwépemc and all other First Nations with to “honour, retrieve and remember their deceased children.”

“We commit to supporting the same process and resources to all Nations in whose territories Catholic-run residential schools were forcibly located, and which fall within the historical boundaries of the Archdiocese of Vancouver,” he added.

“We will renew our efforts to listen to Indigenous Peoples to hear from you how we can best walk with you along the path of justice.”

At least 150,000 Indigenous children were forced into residential schools and while the true death toll remains unknown, the Truth and Reconciliation Commission said that at least 3,200 died as a result of physical and sexual abuse, disease, malnutrition and neglect.

One other sunny day within the 30s for Kelowna