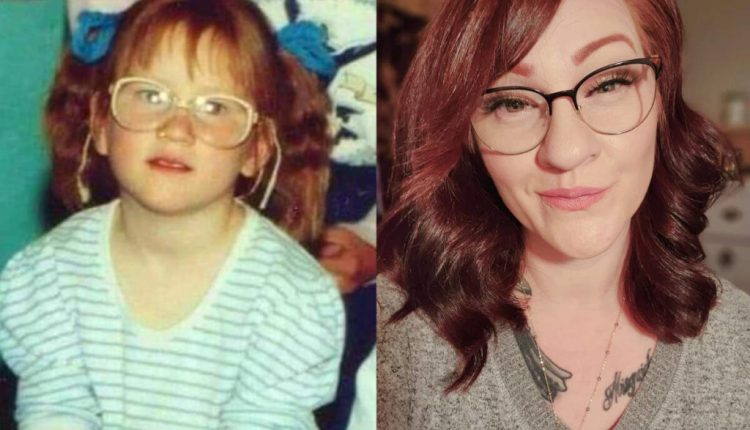 30 years ago, Jessica Cressey had a heartwarming experience with a family in Revelstoke during her time in foster care. This week, she decided to reach out in search of the couple she said had impacted her whole life.

“It was just on my heart,” said Cressey.

Her search led her to the Revelstoke Community Facebook page, a place where locals of the community chat, gossip, and discuss culture and events.

One night on her way to work, she decided to post on the page, not expecting much of a response. “The only names I have are Abe and Mrs. B,” Cressey said in her post.

Cressey thought the chances of reconnecting with her long-lost foster parents were low as the only information she had to go on were the fond memories from the happiest part of her childhood.

Not all of Cressey’s childhood memories are happy ones. “It was my first time feeling safe,” she said about her time with Mrs. B.

She had a nomadic childhood, hopping from place to place with her biological mother who suffered from drug and alcohol addiction. Cressey suffered countless abuses at the hands of her mother and the men in her life.

Cressey recounted that when she was just six years old, she and her mother were on the run from something, and their travels landed them in a hotel room in Revelstoke. In that hotel room she was surrounded by drugs and alcohol, and eventually her mother left her in the room to fend for herself.

“I was told I was in the hotel room for days when the front desk clerk had noticed that I was in the room alone,” said Cressey. Adults filled the room: police, paramedics, social workers. She remembers being brought across the street to a pub where her mother was screaming in the bathroom stall.

“Is this your mom?” they asked.

“Yeah it is,” said the young girl.

Cressey recounted giving herself a hickey on the inside of her arm and told the authorities that her mother did it because she didn’t want to go back with her.

“That was the last time I saw her,” said Cressey.

It was then that she was brought to Abe and Mrs. B’s home: the place where she felt safe for the first time in her life. Cressey remembers being overwhelmed by the outpouring of love and kindness she received after all she went through.

“Certain ways the sun sets in the evening, I get this overwhelming sense of peace and happiness: memories only relatable to when I had lived with them,” read Cressey’s post on the Revelstoke Community page.

Commentors on the original post recognized the tale of giving from Abe and Mrs. B, and immediately, the community rallied to connect Jessica to her long-lost foster mother.

Soon, the post had hundreds of shares. Comments started flooding in, and by the time Cressey got off work, the post had nearly 100 likes.

“Sounds like the Bergmans to me,” said one commentor.

“Definitely the Bergmans!” replied another.

“The Bergmans took in many foster children when I was growing up in Revelstoke,” said a community member.

Finally, Jessica got the response she was hoping for all along.

“Yes it was us,” said Mrs. B, Bjorg Buhler, formerly Bergman, in a comment on the post.

“We have many memories from when you were with us. Abe did pass away almost 21 years ago. I am now remarried but I would love to talk to you.”

The page shared a sigh of joy and relief. Mrs B’s original response has over 400 likes.

“I am absolutely in awe and still somewhat in shock,” Cressey said in a post after she had been reconnected with Mrs. B.

“You all have no idea what this truly means to me.”

Although Cressey’s time with Mrs. B was short, she remembers it as the highlight of her time in foster care as a child and the impact it had on her entire life.

She eventually went to live with her original foster mother in Nicomen, where she was once again surrounded by drinking and partying. “That was normal to me until I experienced being at Mrs. B’s,” said Cressey.

Between the age of 13 and 16, Cressey went through 36 foster homes before finally setting out on her own.

Now, Cressey lives in Merritt where she has a family of her own. Her son Malachi is celebrating his 18th birthday in October.

Cressey said she fell into the lifestyle of addiction herself as an adult, but is now six years clean and sober and has developed a connection to her faith because of the lessons Mrs. B taught her as a child.

“I just want to share my experience, strength, and hope,” said Cressey. She said she hopes her story can touch the lives of others who have experienced or who are currently living in foster care.

Cressey said she plans on making the trip to Revelstoke soon so that she can reconnect with Mrs. B, have a chance to see her old home, and reminisce on those good times once again.

READ MORE: Revelstoke charity shipping containers of goods and supplies to those in need