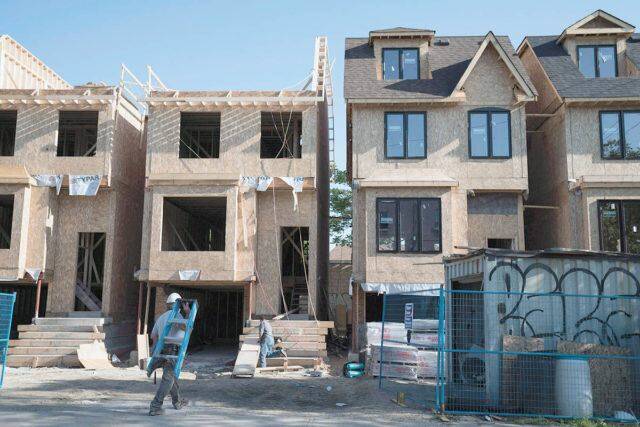 A statement by BC Finance Minister Selina Robinson that the real estate sector has a “vested interest” in keeping housing prices high has drawn a rebuke from the executive vice-president for RE/MAX Canada.

Elton Ash, based out of Kelowna, said Robinson’s comments run opposite to the real estate agent business principle of having a vested interest in consumer protection and providing value for clients.

Robinson’s comments came from plans she unveiled earlier this winter to expand a “cooling off period” already in place for pre-construction condo sales to all real estate transactions, where a buyer has seven days to change their mind and back out of a sale after agreeing to buy a property.

She introduced that concept last November, but the provincial government is yet to adopt that policy while the BC Real Estate Association (BCREA) pushed back last month saying the cooling-off idea won’t alleviate stresses in the housing market.

“While attractive at first blush, in a market characterized by low supply, such as ours, we believe that a cooling-off period will cause more problems than it solves,” Hyde said in an interview with the Vancouver Sun.

Instead, the association proposes a “pre-offer period” where buyers would get five days to research and get information about a property once it’s listed, but before any offers are accepted.

It is one of 30 recommendations in a 57-page white paper the industry has compiled for the current hot housing market conditions.

Ash said he has tried to speak directly with Robinson to discuss the issue to no avail.

“What upsets me about the whole thing is Robinson’s attitude that the real estate brokerage industry has vested interests in high prices and keep supply low, which is so out of touch with what the real issues are, or working with all the stakeholders to work towards a solution on this,” Ash said.

“I personally have tried to contact Robinson just to have a conversation with her and it is like I have fallen off the edge of the earth. There appears to be no desire for consultation.”

Ash said the skyrocketing housing prices are not unique to the Okanagan, as the same market characteristics exist on Vancouver Island and the Lower Mainland.

“Housing prices keep pushing people out further to where a house in Campbell River now is comparable in price to Victoria,” he said.

Ash said the current market conditions have resulted from a myriad of issues that have confluenced at a given point in time – low interest rates, COVID-19-influenced lifestyle changes, low inventory and major shifts in lifestyle habits.

“We have offices in 112 countries, so when we all talk, what you hear is everyone is facing the same housing supply issues, which have been exacerbated by the COVID pandemic and lifestyle changes where people can work remotely because of technology,” he said .

Also coming to bear on the marketplace is a shift of wealth from Baby Boomers to Millennials, what Ash describes as the impact of ‘the bank of mom and dad.’

He also reiterated a common complaint within the real estate industry that municipalities have not adequately planned for population growth, and impose bureaucratic red tape delays for projects from start to finish.

He does view the City of Kelowna as a leader in pursuing housing alternatives, from rezoning for increased density to property infilling such as carriage homes.

“I do think Kelowna is a great example of how a municipality can better address the housing issue,” he said.

Ash feels the pressure on the Okanagan housing market may start to shift beginning this summer, as housing prices reach a price point beyond what buyers want to pay.

“When that happens, you will see an increase in inventory while the price point for buyers reaches a point where they start to say enough is enough,” he said.

But he acknowledges the pressure on the market will continue from the standpoint that people are moving here from across Canada to relocate, and easing of immigration restrictions by the federal government will see 70,000 to 80,000 likely landing in BC this year, and a percentage of those will end up in the Okanagan.

“You can’t stop people from coming here if this is where they want to live,” he said.