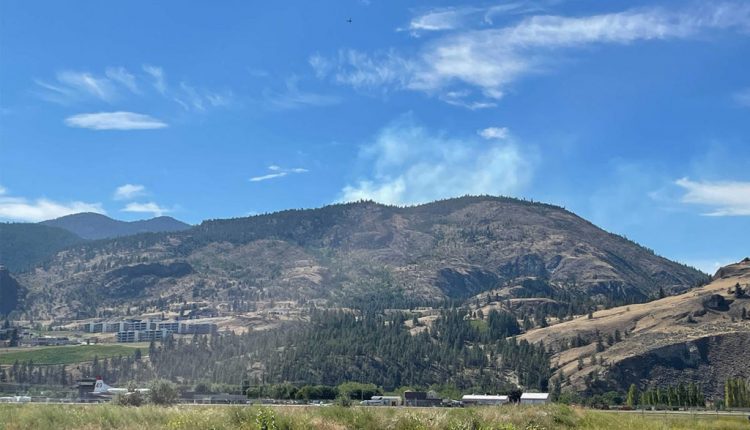 A new wildfire has been spotted burning near the Penticton Airport. (Brennan Phillips/Western News Staff)

Skimmer planes and air tankers have been deployed

The BC Wildfire Service (BCWS) is responding to a wildfire six kilometres southwest of Penticton.

The Skaha Creek wildfire is estimated to be 0.3 hectares in size and is classified as out of control.

Three BCWS personnel are on the ground, while one helicopter and multiple air tankers and skimmers are in the air, fighting the blaze.

The fire is suspected to be human-caused.

BCWS reminds those out on the water to stay clear of BCWS aircraft.

A new wildfire is burning behind the Penticton Airport.

It appears the fire is burning on the back side of the hill near Skaha Estates.

BC Wildfire Service aerial resources are mobilizing to fight the fire. A Black Press reporter on scene said it appears that skimmer planes and water bombers have both been deployed.