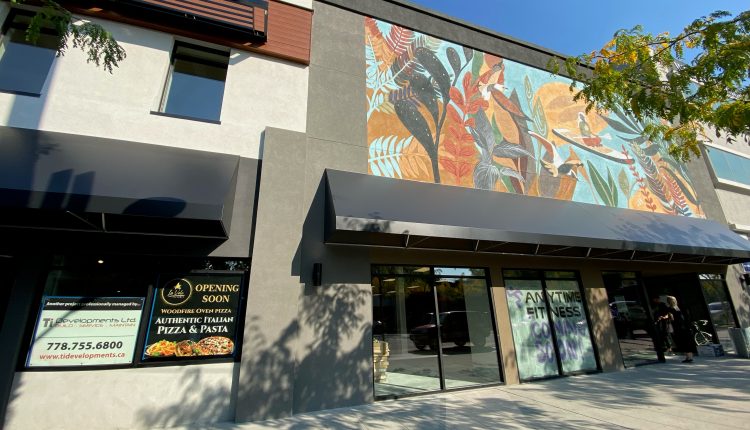 A section of Bernard Avenue has received a facelift as Stream Property Partners has revamped an entire strip to bring in new businesses to the downtown core.

Between Ellis and Pandosy, Bernard Place has opened its doors to bring in an array of tenants that are set to open their doors later this month.

Anytime Fitness, Le Vela Pizzeria and ABco Boutique Shoes have all signed contracts within the property, and an additional four units are in the process of being leased.

While this new section of shops is set to revitalize a portion of the street, the ordeal wasn’t an easy feat.

It took an investment upwards of $2,500,000 to completely refurbish and rebuild the property, and contractors were faced with many challenges and unexpected costs to reconstruct the almost 100-year-old building.

“They had a pretty substantial deferred maintenance. They were probably running about 50% occupancy and we just thought okay well lets see if we could acquire this property. We think the location is just fantastic and what could we do with it if we put some investment into the building and try to get some higher quality long-term tenants,” said Darcy Ulmer, co-founder of Stream Property Partners.

“It was certainly an underutilized property on what we think is one of the premier blocks in downtown Kelowna in terms of the high-street retail on Bernard.”

The North Vancouver-based company acquired the over 19,000-square-foot mixed-use commercial property in 2021 and began its year-long labor of love.

“Of course when there are that many years of boards over boards, drywall over drywall and floor over floor, you run into things and run into issues that you could have never known were there when you first started,” explained Ulmer. “But we ‘ve worked through all of that and all I can say is that we’re extremely pleased with the result.”

As part of the grand opening ceremony on Oct. 5, Mayor Colin Basran made an appearance along with councilor Gail Given. 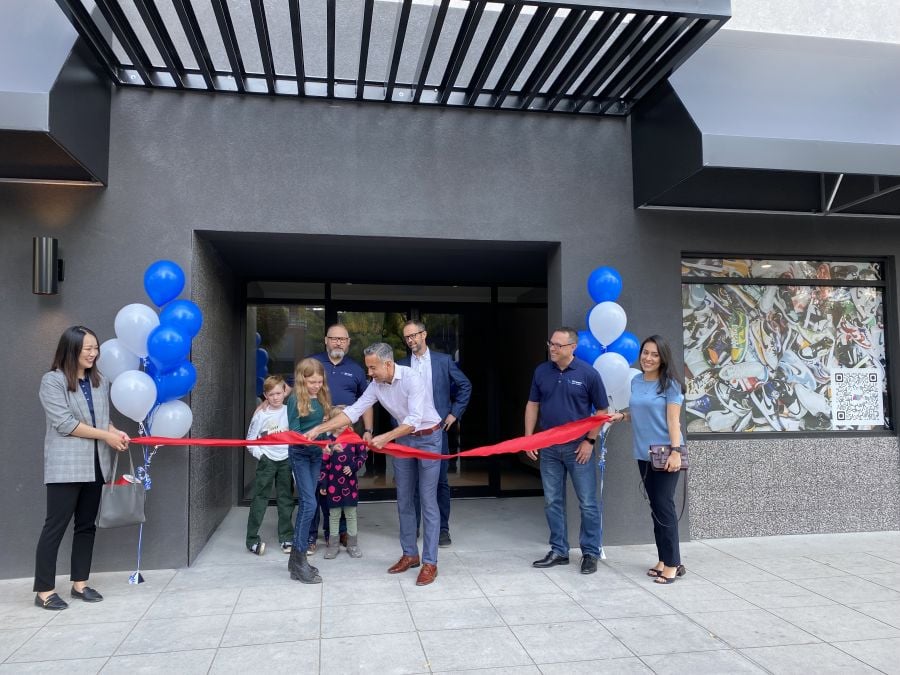 “I’ll only mention this because it’s top of mind because it is common during the election, that myself and my colleague, councillor Given, are hearing that there are just some people in our community who don’t want to see growth and they don’t want to see this investment,” he said.

“But they don’t recognize, look at what’s just been done to improve our city. Look at all the people it’s touched in some way or another who are impacted positively by this investment. So I just think it’s absolutely incredible and we need investment whether that’s local or from people who don’t live here who are going to make a positive impact in our community.”

Basran added: “So I want to thank you guys for this incredible investment into our community and I can’t wait to see this space animated next year on Meet Me on Bernard.”

Stream Property Partners worked with contractors from TI Developments and Hatch Interior Design to modernize and restore the building to its former glory.

Bernard Place takes over the addresses of 426-454 Bernard Ave. To learn more about this new development click here.