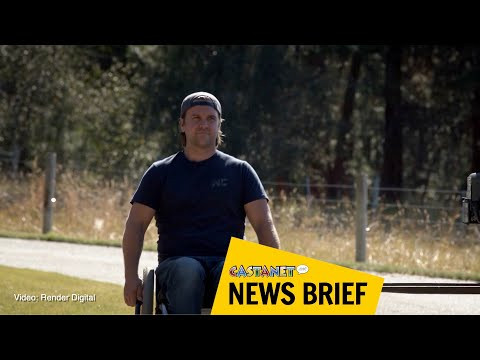 From Hook or from Cook

Nitro Circus freestyle motocross rider Bruce Cook is ready to take viewers for the ride of a lifetime.

Cook has joined an exciting new adventure series called By Hook or By Cook. The series is filmed in Kelowna and other parts of British Columbia.

“Myself and a group of friends come together to create opportunities for people who would otherwise not be able to go on adventures that they might not have thought they could.”

After being paralyzed, freestyle motocross rider Cook set out to help others achieve their dreams the same way he did: with innovation, modifications and a lot of determination.

“I was injured a little over seven years ago and I live a very active lifestyle. I’m lucky enough to be surrounded by like-minded family and friends and we’re finding ways to make things happen, “said Cook.

“We adjust things and come up with anything that can carry my life as close as ever and a lot of people don’t have the luxury or the resources, so it is definitely important to me to attract people from and experience everything that what Okanagan and BC have to offer. “

“I think a lot of people from season one said they weren’t selected. So no matter what it is, big or small, just send a submission, no matter how old you are and you never know. “

Filming will take place between May and October 2021. Interested applicants can apply online.

In the premiere episode, the audience meets Joanne. Joanne has struggled with the reality of multiple sclerosis for 46 years and longs for independence and the feeling of freedom. To prove to herself and her family that she is capable, Joanne takes on her greatest fear: heights.

By Hook or By Cook debuts on AMI-tv on June 3rd at 7pm.