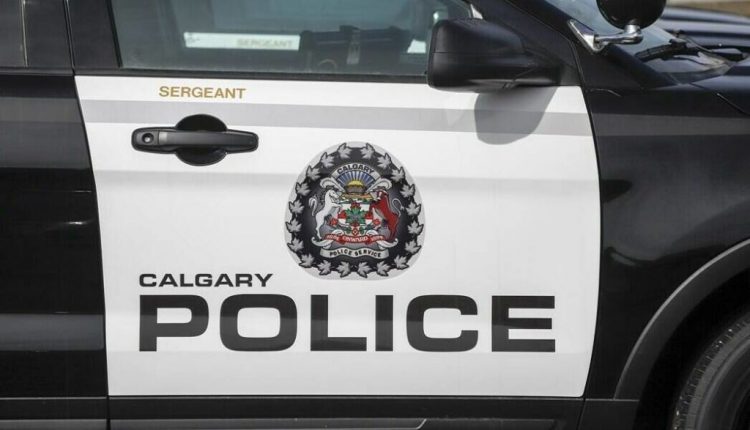 Police say a woman has died after a road-rage shooting that led to a four-vehicle crash.

The Calgary Police Service said it received reports Tuesday night about two vehicles driving erratically and an exchange of gunfire in the city’s northeast. At least two homes were struck by stray bullets, police said.

Supt. Scott Boyd said the two vehicles — a red Silverado truck and a gray Volkswagen Jetta sedan — continued to pursue one another before colliding with two other vehicles at an intersection.

“The occupants from both the truck and sedan continued to exchange gunfire as they fled the area on foot,” Boyd told a news conference Wednesday.

The driver of a silver van, a 40-year-old woman not involved in the shooting, was declared dead at the scene. Boyd said the cause of her death would be determined by an autopsy.

CTV reported that family and friends of the woman said she was the mother of five children between the ages of nine and 17. Their father died earlier this year and they said it’s unclear who will care for them now.

A driver in another vehicle involved in the collision was unharmed.

Boyd said the man who was driving the gray sedan was found by officers. He was suffering from gunshot wounds and was taken to hospital, where he remains stable.

“The two occupants of the Silverado — a man and a woman — fled the area in an unknown direction,” he said.

Police said they have not been located.

“This reckless behavior has no room on our city streets,” Boyd said. “The individuals involved in this behavior and lifestyle are going to be held accountable for their actions.

“Let me be very clear: the actions and behavior of these individuals led to the death of a woman we believe to be completely innocent in this matter, a woman who will now be mourned by her family and friends, and it breaks our heart. ”

Boyd asked anyone who knew anything about the crash or the people involved to report to the police.

Boyd said it’s too early to say whether what happened was gang-related, but noted it’s the 58th shooting on Calgary’s streets so far this year.

“It’s absolutely a critical concern for us,” he said.

“There is no room for any of this gun violence playing out on our streets, regardless if you are a member of organized crime, whether you are in a domestic situation, whether you are having a disagreement with a friend.

“There is no space or tolerance for that level of violence on our streets.”