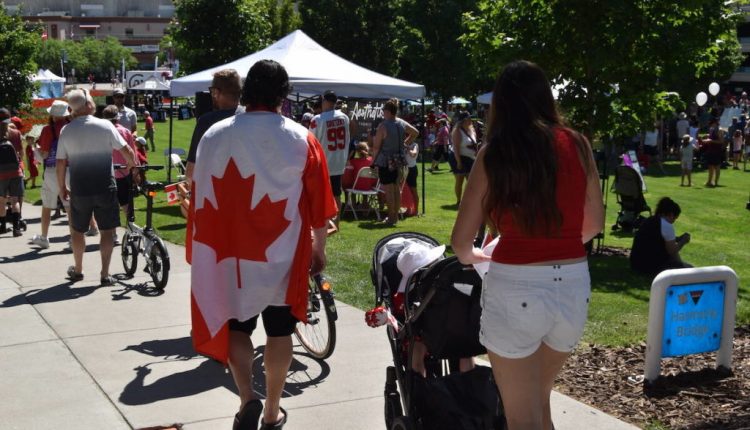 Kelowna’s Waterfront Park was full on Friday as thousands of people came out to celebrate Canada’s 155th birthday.

It is Festivals Kelowna’s 23rd time hosting the event and the first time since 2019 because of the COVID-19 pandemic.

While the majority of celebrations, food stands, live music, and games were at Waterfront Park, Bernand Street, City Park, and Stuart Park were also all filled with people as far as the eye could see. Okanagan Lake was filled with boats as well.

Included in the activities were dog shows and drag shows while fireworks are on the horizon to end the night.

Right across from Waterfront Park is Prospera Place, which was hosting Folkfest throughout the day.

At Leopold’s, a tavern on Bernard Avenue, the majority of the servers working throughout the day, and even some that aren’t, are donating their tips from the day to Ki-Low-Na Friendship Society. The staff wanted to give something back to the Indigenous community after last year’s discovery of children’s graves at residential schools.