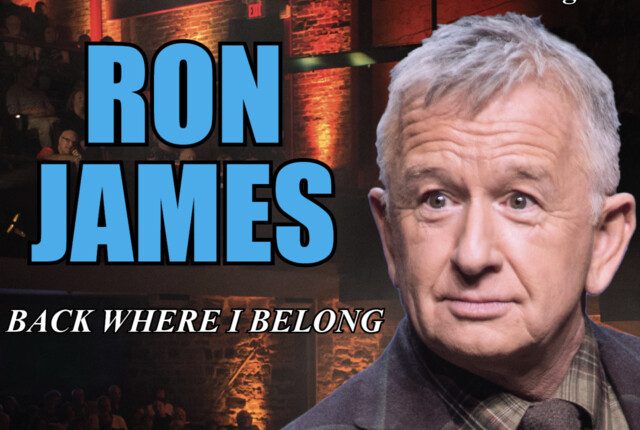 Stand-up comedian Ron James is set to perform in the Okanagan next week.

James is currently on tour in B.C., and he’ll be making his first stop in the Okanagan on November 29 in Vernon at the Vernon & District Performing Arts Centre, followed by a show in Kelowna on Nov. 30 at the Kelowna Community Theatre and in Oliver on December 1 at Venables Theatre.

James is an award-winning comedian, and has been selling out theaters for 20 years.

The Edmonton Sun said his performance was “a wheezing, snorting, chortling, gasping night of hilarity,” while the Victoria Times Colonist called him “funniest man in Canada.”

The story-teller also didn’t let the pandemic slow him down, as he capitalized on free time during lockdowns and wrote his first book, ‘All Over the Map: Rambles and Ruminations from the Canadian Road,’ released by publishing giant Penguin-Random House, September 28th.

To reserve seats for the ‘Ron James – Back Where I Belong’ tour, click here.