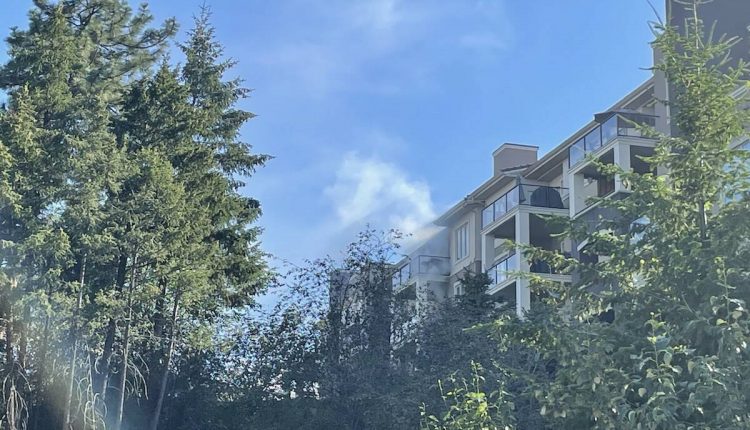 At approximately 4:35 p.m., fire struck a third floor apartment in Pinnacle Point on Country Club Drive. The apartment was on the east side of the building.

Multiple witness told Capital News they heard a ‘boom’ from the barbecue on the apartment’s deck. Other that didn’t hear the blast, reported a large cloud of black smoke in the area.

The majority of the deck was damaged, as well as the roof, and the apartment below.

While the building was evacuated, it’s believed no one was injured in the fire.

Seven fire trucks and Kelowna RCMP vehicles were on scene.

READ MORE: Downtown Kelowna’s Block Party back for the first time since 2019

The costliest house on the market in Kelowna is $15.6M