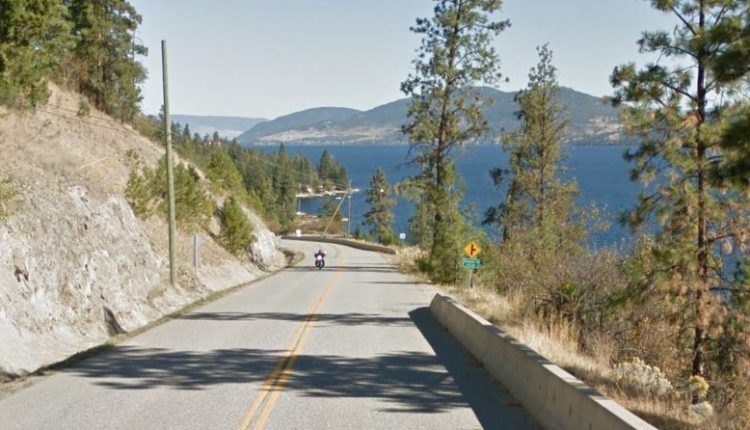 (UPDATE: July 5th at 2:50 pm) – It was a difficult search, but after six days the body of a West Kelowna woman and her vehicle were finally recovered from Okanagan Lake.

The SUV crashed into the lake at around 7:30 p.m. on June 24 after a collision on Westside Road.

The RCMP Underwater Recovery Team spent the next six days locating the vehicle with the help of the West Kelowna RCMP, West Kelowna Fire Rescue, and Central Okanagan Search and Rescue.

Finally, on June 30th, the vehicle was located at a depth of 170 feet and brought ashore.

The driver was identified as a 47-year-old woman from West Kelowna and the RCMP is continuing to work with BC Coroners Service on the investigation.

“We would like to thank our partners with COSAR and West Kelowna Fire Rescue for their assistance in the search over the past week,” said S / Sgt. Duncan Dixon.

“Our thoughts and prayers go with those who witnessed this tragic event and with the woman’s friends and family during this difficult time.”

Due to the privacy of the deceased, no further information will be published by the RCMP or BC Coroners Service.

(Original story: June 25 @ 10:20 am) – Efforts to locate an SUV that pulled off Westside Road and crashed into Okanagan Lake on Thursday night are currently being tracked down.

At around 7.30 p.m., rescue workers were called to the crime scene in Block 2000 on Westside Road.

Unfortunately, the two vehicles collided and the impact threw the passing SUV off the road and into the lake.

“The SUV and the driver driving into Okanagan Lake were not located,” said an RCMP announcement.

“The driver is currently believed to have died and investigators are continuing efforts to identify both the SUV and the driver.”

The Kia SUV suffered significant damage in the crash, but the RCMP did not disclose any information about the condition of the occupants of the vehicle.

The road was closed for several hours when investigators gathered evidence on Thursday night, but it has been reopened since then.

“For the safety of our divers and our search team, we are reminding the public to stay out of our search area.”

Further information is not currently published and the investigation into the cause of the collision is ongoing.

Anyone with information about this fatal crash is encouraged to contact the West Kelowna RCMP at 250-768-2880.

Kelowna meals financial institution is getting a brand new house