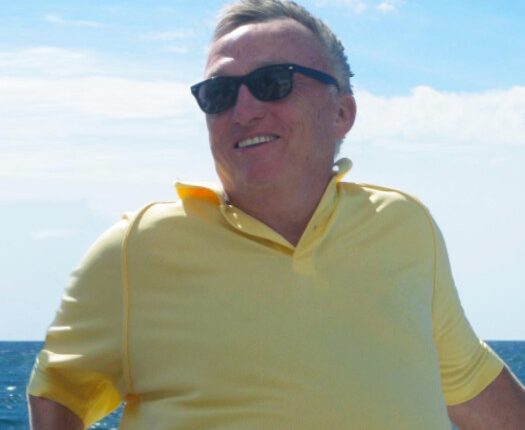 Roy Davidson, age 82, passed away peacefully at Kelowna General Hospital on July 8, 2022 after a short illness. He was predeceased by his parents David and Sarah Davidson; his brothers David, Doug, and Gordon; his mother-in-law Marion; and brother-in-law Richard.

Roy is survived by his wife, Valerie Marion; his children Wayne (Diana), Russell (Karen), and Angie (Dale); and his stepchildren Nindy and Kim (Scott); grandchildren Maddie (Darragh), Lexy (Andrew), Ryland, Delaney, Spencer (Kate), Becca (Joel), Sage, and Sedona; and his great-grandchildren Declan, Maddox, Stassi, Ajax, McKinlee, Chloe, and Hailey; as well as his sister-in-law Carole; his nieces and nephews; and many younger people to whom he was their “Uncle Roy”.

Roy was born May 12, 1940, (a Mother’s Day gift) at St. Vincent’s hospital in Vancouver, BC. The youngest of the 4 boys, he grew up in south Vancouver and attended John Oliver High School. He met his longtime love Valerie at the age of 17, married her in June 1962, and they celebrated their 60th anniversary this year.

Roy began his plumbing apprenticeship shorty after getting married. He and his brother Gordon started Davidson Bros. Mechanical in 1976. They severed their partnership and Roy continued on his own until his boys were old enough to join him. He reluctantly retired, and the boys took over the business.

Roy and Val raised their family in New Westminster, BC and moved to Kelowna, BC in 1998 to join their BFFs Vern and Elaine, and to encourage Roy to retire. Golf was his passion and he achieved 3 holes in one, and this year he won “Club Championship First Flight” at their winter home (Portola Country Club) in Palm Desert.

Roy was larger than life and anyone that had the pleasure to have crossed his path was truly blessed. You would hear his booming laugh before you even saw him! His favourite thing to tell everyone was that “he was spending the first husband’s money”; now “Marion” gets to spend it!

A supporter of the Kelowna General Hospital Foundation and the Kelowna Food Bank, you would often find Roy downtown on his scooter with a 5 dollar bill in hand for a person in need. Roy was very grateful to the nurses on 6W and Dr. Penner for their kindness, and also to his many wonderful friends here in Kelowna and at Portola who enriched his life.

Condolences may be sent to the family by visiting www.springfieldfuneralhome.com (or click the direct link with his name in it, just below).

Unbelievable Worth in Decrease Mission – For Sale in Kelowna