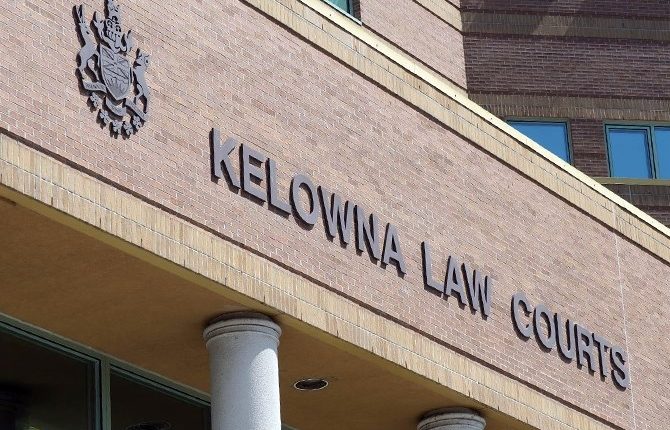 BC Supreme Court Justice Steven Wilson said it was “perhaps inevitable” that Cody Erin Lypowich would end with his own issues with drugs, given that both his father and his grandfather had been addicted to drugs and alcohol.

Justice Wilson made the comments while handing Lypowich a jail sentence for dealing fentanyl and carfentanyl.

The justice went on to say Lypowich’s story was “sad and unfortunate” but not unique.

“His father describes a criminal record and a history of addictions that is entirely consistent with the experiences of Indigenous peoples whose families were broken apart, often resulting in cycles of violence and addiction that are passed on through generations,” Justice Wilson said.

The details are laid out in an April 22 BC Supreme Court decision.

There are few precise details given in the court document about the operation, but sometime in 2017 Lypowich, 32, along with Nicole Marie Weir was arrested for running a dial-a-dope operation in Kelowna.

After five days of trial, Lypowich pleaded guilty to running the operation himself and charges against Weir were stayed by the Crown.

“A person engaged in the trafficking of these types of substances is putting at risk the lives of each and every person to whom they sell,” the justice said.

Justice Wilson accepted that Lypowich had had a difficult bringing up.

“Mr. Lypowich was exposed to violence, drugs, and drug and alcohol abuse throughout his formative years… Mr. Lypowich described that his father tried to keep his addictions from him, but he found him on more than one occasion passed out with a needle in his neck,” the Justice said.

The court heard how Lypowich’s first-ever job was selling drugs, and he’d previously spent time in jail for drug dealing.

However, the justice pointed out that Lypowich was not selling drugs in order to fund his own additions and was motivated solely by profit.

The justice said Lypowich’s dial-a-dope operation required ongoing planning and organization and that he sold drugs to support his lifestyle that he otherwise could not afford.

Justice Wilson said that while Lypowich’s bringing up could not be ignored, fentanyl and carfentanyl were well known to be lethal substances.

“Lypowich’s involvement in their sale was motivated solely by profit and his attraction to the lifestyle that such an income could generate, presumably without regard to the possibility of devastating consequences to others, including some of the most vulnerable members of our society,” the Justice said.

With that, he sentenced Lypowich to three and a half years in jail.

To contact a reporter for this story, email Ben Bulmer or call (250) 309-5230 or email the editor. You can also submit photos, videos or news tips to the newsroom and be entered to win a monthly prize draw.