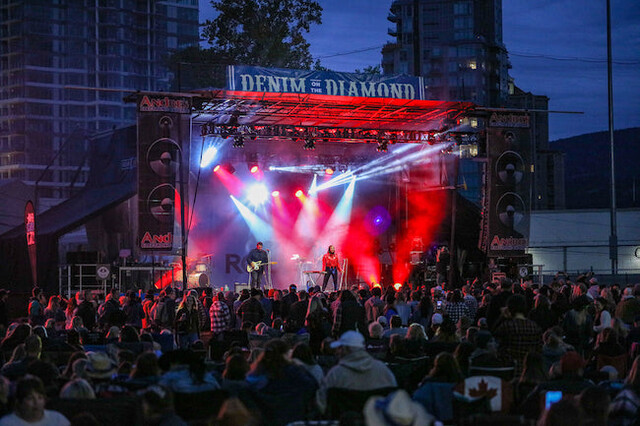 Denim on the Diamond returns to Kelowna this weekend – Kelowna Information

It’s the weekend many in Kelowna have been waiting for.

Denim on the Diamond returns to Kelowna this weekend.

The gates will open Friday at 3 p.m.

The weekend will feature live music, food trucks, beverages, and a vendor market with 10 local businesses.

“King Stadium will have activity that might cause delays on Gaston Avenue as the site is being prepared for this weekends music festival,” said organizer Mitch Carefoot.

His song “Cringe” spent four weeks at number one on the alternative songs chart, and it is certified gold. It has 80 million streams on Spotify.

On Saturday the gates open at 12 p.m. with live music running until 10 p.m. Saturday’s headline is The Reklaws.

Originally scheduled for 2020 Denim on the Diamond, Jenna and Stu Walker are coming to Kelowna to spend a week in the valley, and a night on stage closing out the festival.

For a full list of artists and more information visit https://denimonthediamond.com

Kelowna cops injured, a number of arrests made at ‘uncontrolled’ home get together