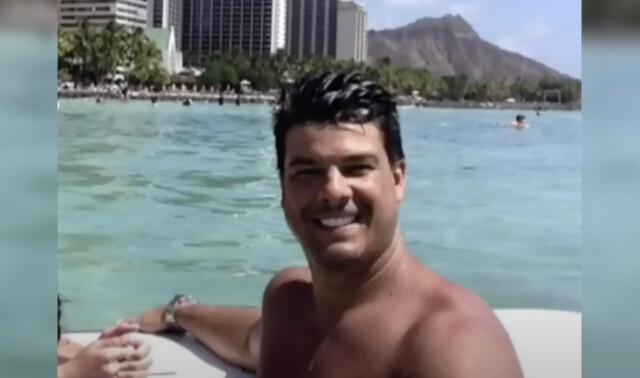 A young man who was in the care of Robert Riley Saunders for several years as a child took the stand Tuesday during the Gardiner hearing that is being held prior to sentencing of the former Kelowna social worker.

A Gardiner hearing is held to determine disputed facts that will have an impact on sentencing.

Saunders pleaded guilty to three of 13 charges in relation to the siphoning of hundreds of thousands of dollars in payments that should have gone to youth in his care, many of them Indigenous. Saunders was employed by the Ministry of Child and Family Development in Kelowna from 2001 until he was fired in 2018 after the thefts were uncovered.

The witness detailed how he went on a trip to Ontario in 2013, not long before he turned 19 and would have aged out of care.

He testified that Saunders initially denied the request to go to Ontario to see his father and uncle but then gave the okay after the youth’s older brother spoke to Saunders. However, when the youth tried to come back to BC, things didn’t go as planned.

He said when he and his dad showed up at the airport, the flight had been canceled by Saunders. The witness said after his father “yelled at” Saunders over the phone a check was sent in the value of over $700 to buy a bed and other necessities, but that was the last support payment he received while in Ontario.

Crown counsel asked the former foster child, who is now 26, if he requested that Saunders cancel the trip. he said no

Defense counsel Brian Fitzpatrick tried to suggest the youth stayed in Ontario because he wanted to, but the witness denied that, saying he hated it there.

Earlier the Crown prosecutor showed the young man checks which he agreed had his signature. But when she showed him sign-out sheets for other payments, he identified only one of the signatures as his own and said he didn’t recognize the other signatures in his name.

A former colleague of Saunders also took the stand Tuesday.

Despite working with him for 15 years, she said they did not have a close working relationship.

She talked about his work ethic in the few years before he was fired, suggesting he was not there on time, often passed on his duties to others and sometimes was watching YouTube or hockey games in his office.

The woman echoed Monday’s testimony from another co-worker as she described how Riley lived a lavish lifestyle for a social worker. She said he had a very nice home, a new boat, an expensive pickup truck, and mentioned a picture of a BMW for his teenage son.

Castanet learned in 2019 that the former social worker lied about his education.

Saunders claimed he graduated from the University of Manitoba with a bachelor of social work and bachelor of arts in psychology degrees but the university’s executive director of public affairs told Castanet that there was no record of him graduating.

Last year, the provincial government reached a settlement in a class-action lawsuit where it admitted Saunders harmed children in the MCFD’s care by way of “neglect, misappropriation of funds and failure to plan for the children’s welfare and, with respect to Indigenous children, failure to take steps to preserve their cultural identities.”

Saunders remains out on bail.

The Gardiner hearing is scheduled to continue for most of the week.