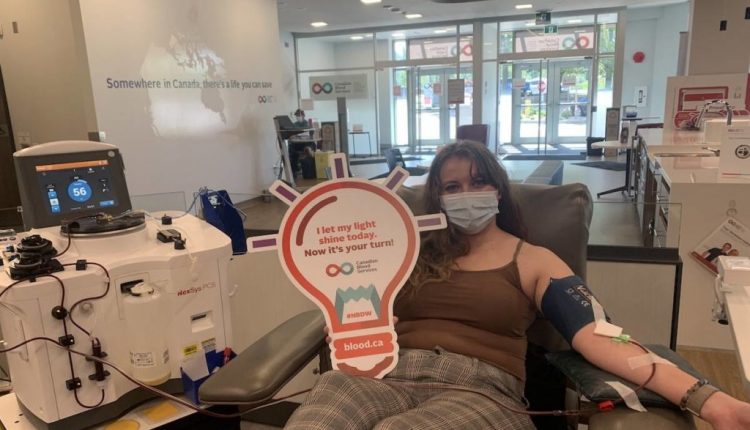 It is National Blood Donor Week.

Capital News’ Brittany Webster went to the Plasma Donor Centre in Kelowna to learn about the process and, of course, donate.

National Blood Donor Week was legislated by the federal government in 2008, but this is the first time it has been celebrated in Kelowna at the new plasma centre.

“We’ve seen lots of people who are donating for the first time ever,” said Business Development Manager Janna Pantella.

Webster was one of those people donating plasma for the first time.

When entering the centre for a donation appointment donors are checked for a fever and have their hemoglobin tested. Height and weight of the individual is then measured and a series of health screening questions are asked to ensure one’s eligibility to donate.

“One in two Canadians are eligible to donate. Only one in 81 does right now,” Pantella replied when asked why people should consider donating. “We’re relying on a small portion of the population to make sure that that need is filled. One in two Canadians will need a blood or blood product [like plasma] at some point in their life.”

“Plasma actually makes up 55 per cent of your blood,” said Pantella. “It’s a pale yellow liquid. It carries your antibodies, it has special proteins that our bodies use for our immune systems.”

Plasma is then turned into life-saving medications.

BC examine finds that if you wish to stay longer, get out of your chair – Kelowna Capital Information