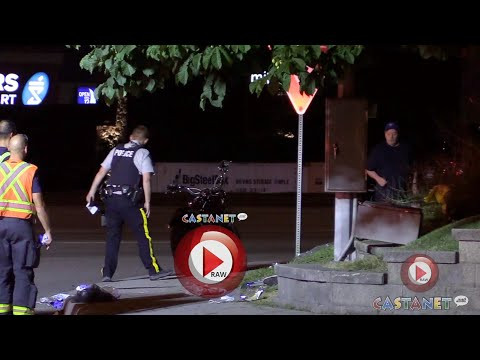 DriveBC reports the crash scene between Dilworth Drive and Leckie Road remains closed to all but emergency vehicles.

However, the highway is expected to reopen at 6:15 a.m.

The Kelowna RCMP is asking motorists to avoid the area of Harvey Road between Dilworth Drive and Leckie Road following a serious collision Monday night.

On July 19th, just after 9:15 p.m., Kelowna RCMP responded to a report of a collision between a motorcycle and a passenger vehicle near the intersection of Dilworth Drive and Harvey Avenue in Kelowna.

The driver and passenger of the motorcycle were transported to hospital by BC Emergency Health Services with what are believed to be serious and potentially life-threatening injuries.

RCMP are working to determine the cause of the collision.

Due to the severity of the collision, Harvey Road between Dilworth Drive and Leckie Road is closed until the scene investigation is complete.

Castanet will have more information as it becomes available.