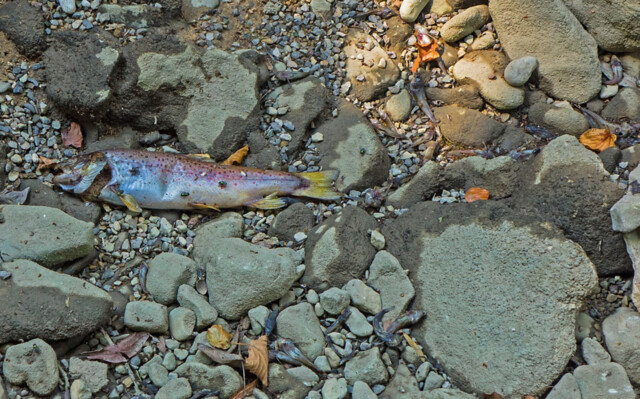 Drought has put an end to recreational fishing in most parts of the Okanagan.

“Low water conditions combined with higher than normal water temperatures are creating difficult conditions for fish, particularly those released after being caught, such as bull trout,” the government said in a news release.

With the Southern Interior in a record-breaking dry spring and summer, several streams are already in drought level 3-4 conditions.

“Water temperature is highly correlated to ambient air temperature; many water bodies are currently recording water temperatures of 25-30 C. Temperatures in this range are stressful for fish and any released after being caught will have difficulty recovering,” the province added.

Anglers are encouraged to report fish kills to their local Fish and Wildlife office or RAPP line (1 877 952-7277) and refer to the online version of the Freshwater Fishing Regulation Synopsis for angler alerts and potential in-season fishery closures.