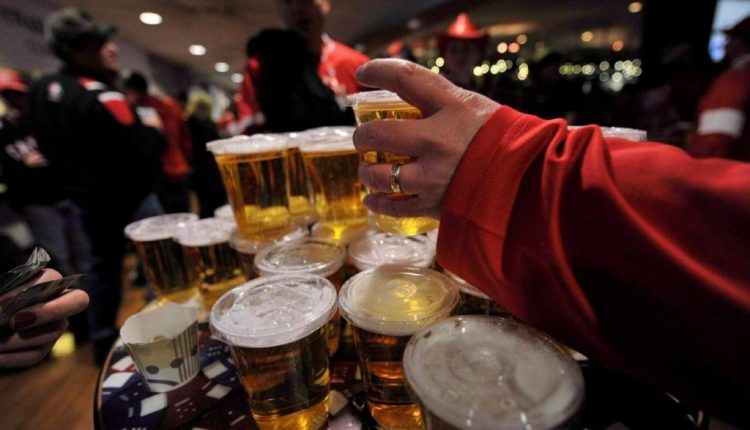 A southern Alberta town that has been dry since it was founded more than 100 years ago is asking residents whether they want restaurants to serve alcohol.

The town of Raymond, about 240 kilometers south of Calgary, does not allow alcohol service in any establishments.

There is no liquor store in the town of 4,000, but people can buy booze in nearby communities to drink at home. Temporary licenses can be obtained to serve alcohol at weddings and special occasions.

“In June of 2020, the province removed the last vestiges of the Prohibition Act and when that happened, Raymond went from the prohibited community to a community without licence,” said Kurtis Pratt, Raymond’s chief administrative officer.

“A local business approached the town and indicated that they were looking to see what the town’s interest would be in letting them sell alcohol.”

Over the last two weeks, about 700 out of 2,700 eligible voters have responded to an online survey about the alcohol ban, Pratt said.

“Basically, we’re trying to gauge, ‘Are you in favor of Raymond remaining a dry community?’ The second question is along the lines of, ‘Are you OK with licensed restaurants?’”

Pratt said the survey gives residents a choice between options that include remaining dry, letting alcohol flow freely and allowing its sale as long as a restaurant is licensed. They can also note if they are indifferent.

The survey is to end at midnight Thursday and town council is to make results public in 12 days.

Prohibition in Canada became popular in the 19th and 20th centuries in a global movement urging moderation or total abstinence from alcohol. It was believed drinking was responsible for many of society’s ills.

The Canada Temperance Act of 1878 gave local governments the option to ban the sale of alcohol.

“Raymond was settled by early members of the Church of Jesus Christ of Latter-day Saints in the beginning of the 20th-century,” Pratt said.

“When the original properties were purchased by the founder of Raymond, a restrictive covenant was placed that said no alcohol could be sold and no brothels could be set up within the community.

“That belief has carried on until today.”

The nearby towns of Cardston, Magrath and Sterling had similar rules, Pratt said. McGrath has started allowing licensed establishments on a case-by-case basis. Stirling and Cardston voted against lifting their liquor prohibition a few years ago.

“This is the first time Raymond, to my knowledge, is having this conversation, at least seriously, and we’ll see where it goes,” Pratt said.

Angela James, who operates a business in town but lives a 20-minute drive away, said many people who have moved to Raymond over the years don’t follow as strict a lifestyle.

The owner of a golf course and the Brimstone Grill restaurant said there’s an appetite for serving alcohol. She said it would be good for businesses and easier to manage alcohol consumption.

“In our first season, we saw people walk in here with their own liquor and sit at our tables and drink,” James said.

“Some people get extremely intoxicated. That’s against the law everywhere, but that’s how relaxed some people are. There were no rules,” she said. “If we did get approved, then the golf course would … put up signs that said outside alcohol prohibited.”

James said visitors from out of town are regularly surprised to find out they can’t buy a beer while golfing.

“But I respect either way. If it’s approved, that’s a bonus. If it’s not approved, we go about our day.”

Pratt, who is part of the Church of Jesus Christ of Latter-day Saints, said he was happy about the discussions the survey had prompted.

“It’s a belief system that is had by a majority. (Debate) is definitely a healthy process … so that we can make a decision, because council represents everybody.”

RELATED: BC alcohol consumption rates hit a 20-year peak in 2021