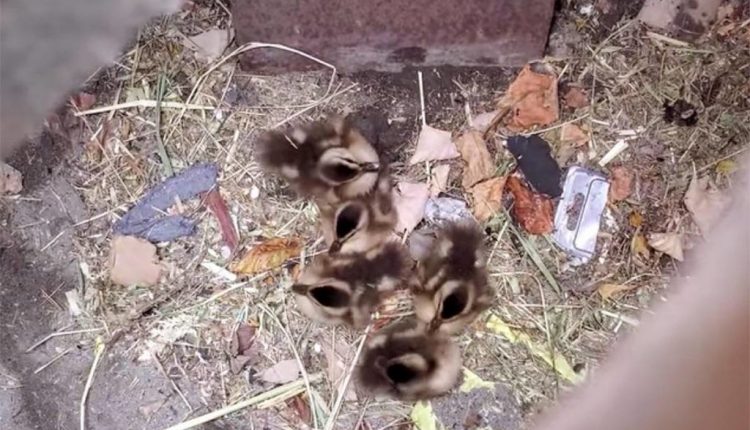 A brood of ducklings trapped in a storm drain were reunited with their mother thanks to a City of Delta engineering operations team. (City of Delta/Facebook video screen shot)

VIDEO: Ducklings reunited with mother thanks to Delta crew

“Reunited and it feels so good…,” sang one of the rescuers

A brood of ducklings is back with its mother thanks to a City of Delta engineering operations team.

A video posted to the city’s social media channels Friday morning (July 9) shows the six ducklings being rescued from a storm drain in South Delta and returned to an adjacent waterway where, moments later, the birds were found by their mother.

Ready to have your heart warmed? Check out this sweet video of our caring Engineering Operations team reuniting a group of ducklings with their mama. 💕#FeelGoodFriday pic.twitter.com/FHyxMY9KZZ