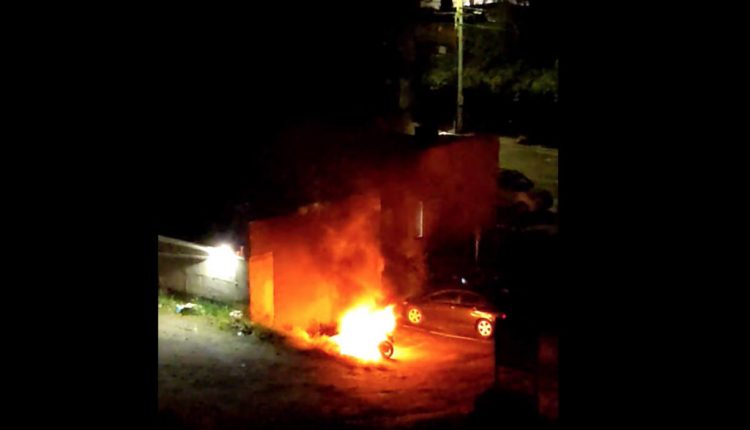 E-bike goes up in flames in Penticton – Kelowna Capital Information

An e-bike bursts into flames on Thursday night behind a building on the 100 block of Ellis Street in Penticton. (Addison Palmer, Facebook)

VIDEO: E-bike goes up in flames in Penticton

An electric bike went up in flames behind a building on Penticton’s Ellis Street on Thursday night, June 16.

The Penticton Fire Department is investigating the cause of the blaze, after responding to the incident at 10:27 p.m.

Four firefighters were on scene, according to assistant chief Rob Trupp, who says there was considerable damage to the e-bike at the 100 block of Ellis Street.

The fire was caught on video by a local Facebook user, Addison Palmer.

Trupp says that there are no injuries to report.

Sign up for a free account today, and receive top headlines in your inbox Monday to Saturday.

Waterfront Property below 425Okay – For Sale in West Kelowna