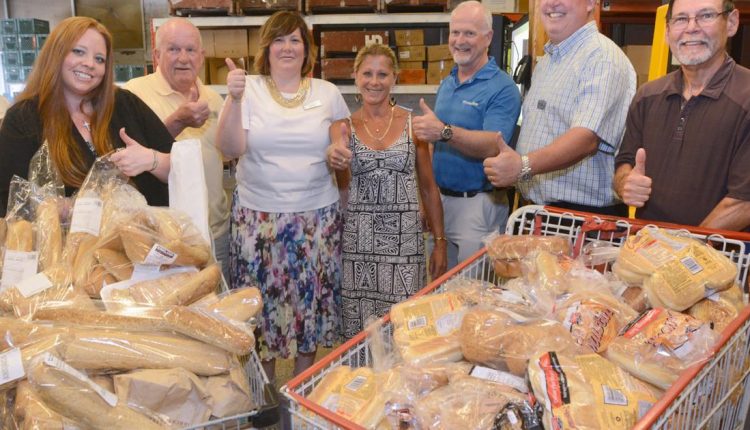 Kudos to Lenetta Parry and staff at the Kelowna and West Kelowna food banks for banding together.

We realize the organizations — who officially merged Wednesday into the Central Okanagan Community Food Bank — had been working toward this goal since Parry took over as CEO for both.

But Wednesday’s wedding ceremony not only makes it legal, it gives us time to reflect on just how interconnected this valley really is.

No longer are there “imaginary toll booths” on the Bennett bridge or just north of Lake Country to separate the North Okanagan from Central and South like there might have been when driving from Vernon to Penticton required a picnic lunch and one stop for gas.

We are all live and work together in one big, happy valley.

Here in this office, as just one small example, we have reporters commuting from West Kelowna, editors in Southeast Kelowna, circulation staff in Peachland and advertising representatives in Lake Country.

It also seems we get closer together with each passing year.

Our roads are getting better, our cars more efficient and our transit systems improving, making it easier to connect face-to-face.

It goes without saying using cellphones, tablets and sundry other digital technologies connect the Okanagan not just with each other, but with the entire globe.

Working together just makes sense, and you don’t have to look any further than the food bank to understand why.

By pooling her resources, Parry is more powerful. She has greater purchasing power and greater ability to fundraise by representing the entire Central Okanagan. She’s getting more bang for her buck; she’s better at helping those in need.

Those types of efficiencies are why we endorsed West Kelowna, Lake Country and Kelowna merging over the years during various plebiscites: it just made sense to stretch our tax dollars rather than off-load more costs to the consumers.

The valley isn’t so big any more, and every day it gets a little smaller.

We should be aware of how we can make it work better, too.