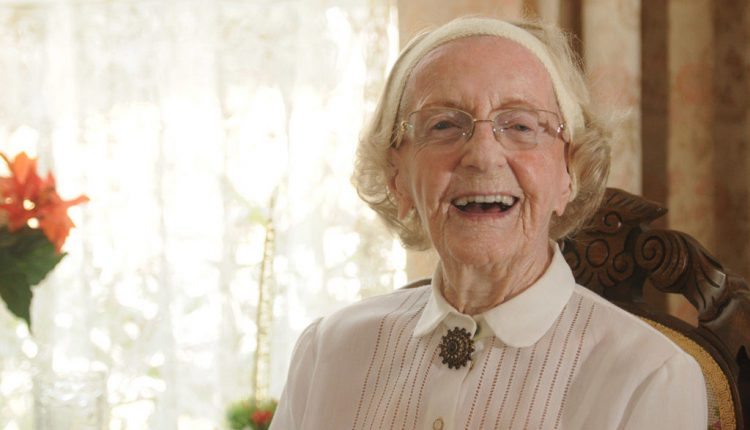 Hedy Sutulov is perhaps Chilliwack’s oldest resident, and given her active lifestyle, it’s not hard to see why.

Sutulov is celebrating her 107th birthday today (Wednesday, August 18) and it’s only been a little over 10 years since she gave up one of her favorite activities – hiking.

And to reach these mountains? She owned a jeep, of course.

She had it for 22 years before a thief stole it when she was 101. It came just a few months after she moved into her current home at Chartwell Birchwood Retirement Residence.

Sutulov has lived in BC for more than 40 years and calls them the “best” years of her life.

She was born on August 18, 1914 in Vienna, Austria, just a few weeks after the First World War began. Her father was in the army and years later was injured in fighting. He was brought back to Vienna and Sutulov vividly remembers visiting him and seeing the shrapnel in his back when her mother helped him lift him out of the bathtub.

He died two weeks before the end of the war when she was just four years old. As an only child, Sutulov only stayed with her mother and grandmother.

She grew up to be an X-ray technician and worked in her field for decades, first in Vienna and then in Quebec, where she was taken in 1951 by the International Refugee Organization. It wasn’t the province she wanted to move to, but she had no choice.

“We had to go where they took us, so we ended up in Montreal.”

Those first two years weren’t comfortable when it came to work.

“I had to work as a cook and my husband as a servant in an English household,” said Sutulov. “Son of a bitch.”

She was treated badly, but after she and her husband saved enough money, they both returned to their careers as radiographers and musicians.

Sutulov was married three times. Her third husband worked for the FBI.

And here she has been for 41 years.

Her friend at Birchwood, Leasl White, describes Sutulov in one word: spirited.

They met more than five years ago and have been closely connected ever since.

“I love that we can share humor. I like this little lady very much, “said White, adding that she is” awesome “of her friend’s life.

Sutulov never had children and was always a dog person. She had seven dogs in her life and has hiked and walked with them all. Her last dog Tina died a year ago.

She has always preferred to walk rather than drive, and her words to younger people are on foot. Pretty good advice from someone who hiked until they were 95 and only started using an electric scooter about a month or two ago.

Sutulov had her driver’s license until the age of 104. She is a do-it-yourselfer and has even done electrical repairs.

Years of working with X-rays have damaged her hearing and voice, leaving her skin with radiation burns. As a result, she underwent a facelift in 1966 and has since performed a 15-minute facial routine every morning to prevent wrinkles: wash hot, wash cold (no soap), apply lotion, and then pat and massage the face.

She loves the piano, opera and knitting. She knitted 25 sweaters and 16 or 17 cardigan sweaters herself – each one takes about six months.

When asked if she thought she would have another birthday, she answered confidently.

“Well, I started the sweater (sweater) yesterday, I have to,” she said with a smile.

“So, as it approaches her birthday every year, we’ll rush out and buy more wool,” White said.

Sutulov plans to spend her 107th birthday with her nephew, whom she says is like her son.

Do you have anything else to add to this story, or should we tell you something else?
Email: [email protected]
Twitter: @PhotoJennalism