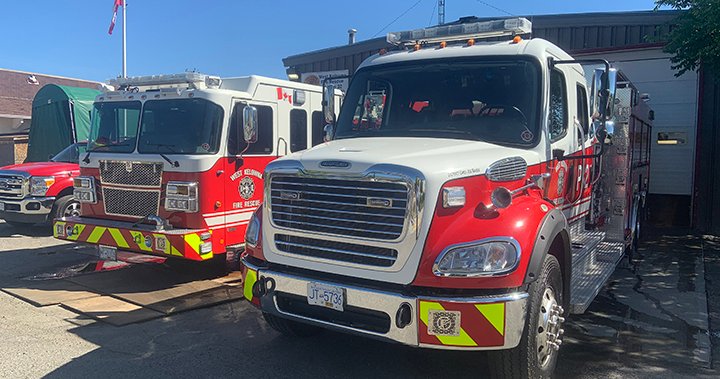 If a West Kelowna firefighter shows up to your door this week, you probably don’t need to be alarmed.

Firefighters and staff will volunteer their time, going door to door in a handful of neighbourhoods from 5 p.m. to 8 p.m. on Tuesday, Dec. 6, and Wednesday, Dec. 7, to collect non-perishable food donations.

“We’re not able to make it to every neighbourhood throughout the Greater Westside, but we invite our community to drop by their neighbourhood fire hall and leave a non-perishable food donation in the collection bins set up outside,” West Kelowna Fire Chief, Jason Brolund said in a press release.

1:53
West Kelowna man injured after being scooped up by garbage truck

“We thank our Westside community in advance for pitching in to support the firefighters’ food drive and to make sure no one goes hungry this season.”

Collection bins are located at each of West Kelowna’s four fire halls at the following locations until Tuesday, Jan. 3: