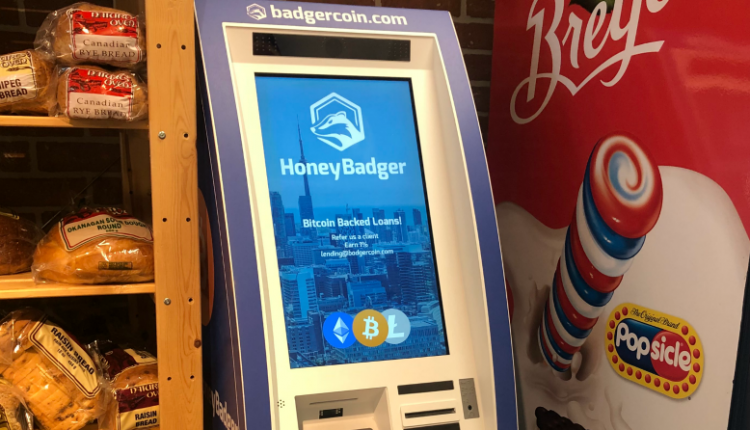 Bitcoin ATM company HoneyBadger believes they know the person responsible for the attempted theft of one of their machines.

Around 3 am on Wednesday morning, thieves rammed the storefront of L&D Meats and Deli in Guisachan Village while attempting to steal a HoneyBadger Bitcoin ATM located in Mike’s Produce.

According to Rob Spurgeon, CEO of HoneyBadger, the company has sent recorded phone conversations, photos and driver’s license information of a person they believe is of interest due to “highly suspicious” behavior.

“Before someone can use one of our machines they have to provide identification and have a phone conversation with HoneyBadger,” explained Spurgeon.

“Our Compliance department has reviewed footage for a number of our locations in the Interior of BC and we have sent recorded phone conversations, photos, as well as a driver’s license of the person we believe is of interest due to highly suspicious behavior in this region.”

HoneyBadger has about a hundred machines across Canada, a dozen of which are located in the BC Interior, and each machine contains a nominal amount of cash that the thieves were likely after.

“People can use the ATMs to buy Bitcoin with cash or to sell Bitcoin and receive cash, so the machines have a float of money in them,” said Spurgeon.

“Some machines do hundreds of transactions a month so there can be thousands of dollars in there.”

Kelowna is home to two HoneyBadger Bitcoin ATMs, the one thieves targeted at Mike’s Produce and another at Rusty’s Bar and Grill.

“We receive a rental fee from the business owner and the machine helps drive traffic to the store,” said Spurgeon when asked why a Bitcoin ATM would be a produce shop.

“Mike’s a valuable partner of ours and we’re quite sick about the entire situation.”

HoneyBadger sees about one or two thefts similar to the Kelowna attempt each year, which Spurgeon says is about on par with other ATM companies.

Kelowna RCMP are now on the hunt for a pair of suspects and the white GMC Sierra pick-up truck that was used to smash the storefront.

Anyone with information about the situation is asked to contact police at 250-762-3300.