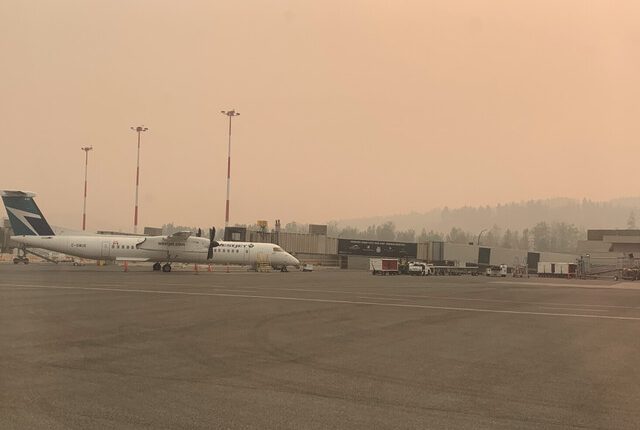 It is expected it will be another day full of flight cancellations at the Kelowna airport.

The White Rock Lake wildfire has resulted in a no-fly zone up to 10,000 feet on the approaches to the airport.

All departures and arrivals through to the afternoon, at least, are showing as cancelled.

“The instruments approaches in and out of the airport go through the area where the fire is and because the fire has grown to the east it is now impacting the ability for aircraft to depart and arrive using their instruments,” said senior manager of airport operations Phillip Elchitz on Sunday.

A similar situation has been impacting the Penticton airport since last week, causing air traffic to be rerouted through Kelowna. The Kamloops airport also saw light cancellations over the weekend, with some travelling to Kelowna to fly.

Kelowna airport officials are working with BC Wildfire Service to find an interim solution to restore air traffic.

All You Can Drink helps Meals Financial institution – Kelowna Information