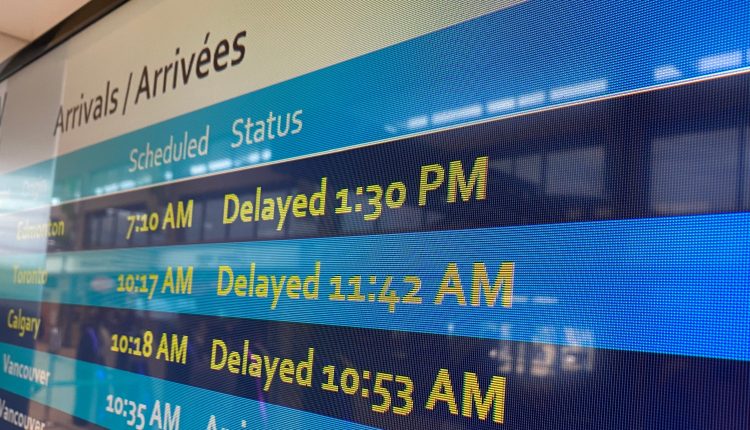 Close to a third of the flights in and out of YLW this past weekend were delayed.

But when compared to some other Canadian airports, that performance was relatively good.

“I do want to apologize to the traveling public,” said Kelowna International Airport Director Sam Samaddar.

“This is not the level of service that we want to offer.”

Samaddar began with that apology when asked about flight delays in an interview with KelownaNow.

He said the ramping up of the industry as we emerge from the pandemic, has proven difficult for the aviation industry.

“We don’t have a lot of redundancy in the system, so we’re still hiring people,” explained Samaddar.

“We’ve seen travel demand grow exponentially as we’ve had people pent up to travel,” he said.

The airport director said some of the problems would be alleviated if the system dumped the remaining COVID restrictions for travellers.

“We’re in favor of that. We’re actually lobbying fairly heavily with the federal government,” he said.

“Every time you add these measures, they add time into the sequence of processing a passenger.”