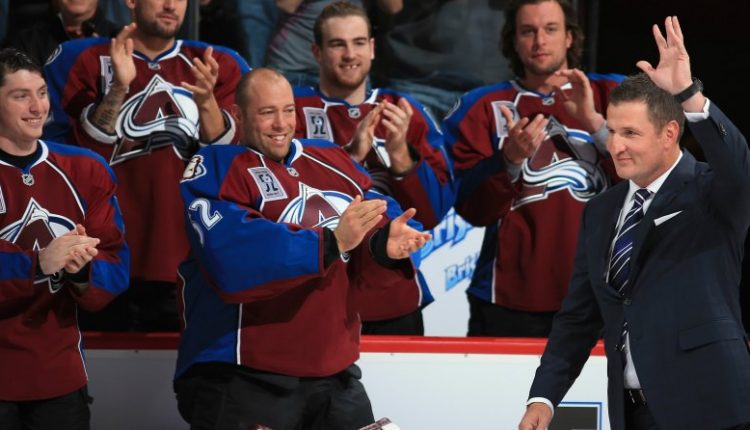 The @Kelowna_Rockets have named Adam Foote as the new head coach, replacing Jason Smith. The 47 year-old is the father of current player Nolan Foote. Adam played 1154 games at the NHL level and won gold for Canada at 2002 Winter Olympics. pic.twitter.com/3Qz8tkOs7i

“Our hope is that Adam can come in and take over a team that is in transition,” said Rockets general manager Bruce Hamilton.

“Because we host the 2020 Memorial Cup, we know a number of personnel moves will have to be made. We are confident that Adam will be able to help us move forward, not just this year but next season as well.”

(Original Story) – Twitter was a buzz Tuesday morning with reports that the Kelowna Rockets have found their new head coach.

According to several Colorado-based sports pages, former Avalanche defenceman Adam Foote will be named as the Rockets’ head coach.

Multiple reports out of Canada are reporting that former @Avalanche Captain Adam Foote is going to be named Head Coach of the Western Hockey League’s Kelowna Rockets.#CongratsFooter #GoAvsGo

Both of Foote’s sons played for Kelowna with Cal currently a top prospect in the Tampa Bay Lightning organization and Nolan a projected 1st round pick in the 2019 NHL Draft. pic.twitter.com/HyVravnXfU

Both of the former NHLer’s sons have strong ties to the Rockets’ organization, Cal Foote played three seasons with the squad before being drafted 14th overall in the 2017 draft and 17-year-old Nolan Foote currently plays left-wing on the Rockets.

It will be the elder Foote’s first foray into a head coaching position after spending 17 years in the Avalanche organization as a player.

One other large “freedom rally” befell in Kelowna on Saturday