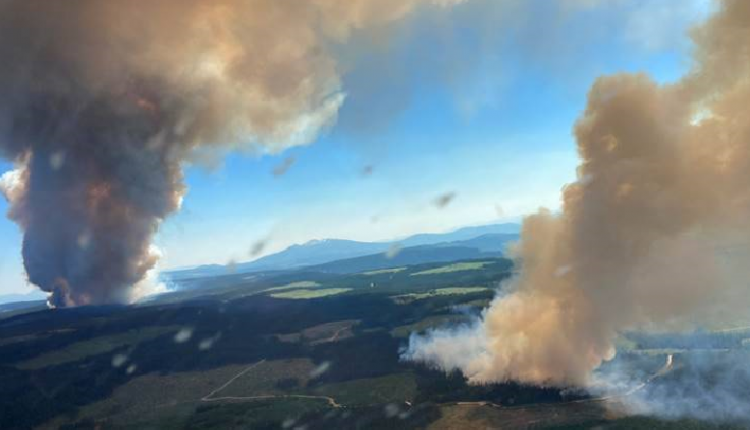 The wildfire ignited Tuesday and grew significantly on Wednesday thanks to hot, dry, and windy conditions.

The BCWS is still collecting information about the fire and NowMedia will continue to update this story as this information becomes available.

(Original story: June 30 @ 9:00 am) – The weather was the theme again on Tuesday at the Okanagan as temperatures soared into the mid-1940s.

What really caught the attention of Kelowna residents, however, was a large thundercloud that rolled through the valley in the late afternoon.

Although it stayed up in the hills and did not affect the valley floor, the storm caused some lightning strikes.

Shortly after the cloud broke through, three new forest fires appeared on the BC Wildfire Service dashboard.

All three are west of Graystokes Provincial Park.

Two of the fires are half an acre, the third three acres.

According to BCWS, one of the half-acre fires has been confirmed to be caused by lightning, while the other is still listed as an unknown cause.

The three-acre fire is currently classified as man-made.

KelownaNow will update this story as more information becomes available.