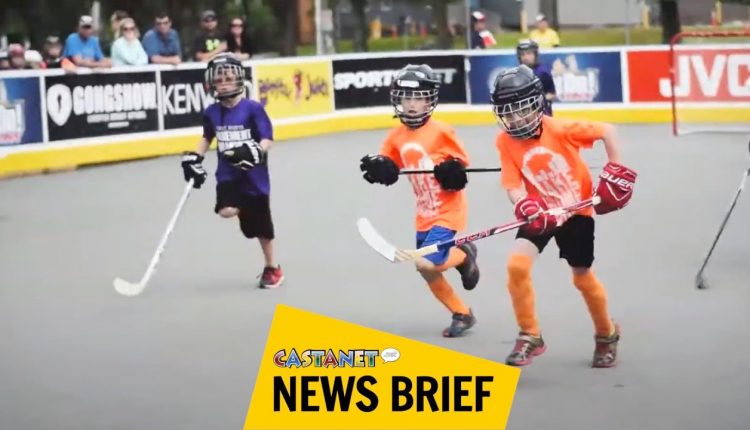 Play On hockey to return

Hockey Night in Canada’s Play On Sports Festival is making its return after a pandemic break, and the City of Kelowna has been selected as a destination for the road hockey tournament this fall.

Play On executive chairman Scott hill is excited to bring the tournament back to Kelowna, a place that first hosted the event back in 2009.

“We obviously have a long history of operating this event in British Columbia and in Kelowna. The first Play On event in Kelowna was held in 2009 and it’s been a few years since we operated and ultimately, we were delighted to be awarded a provincial grant to bring the project back.”

The pandemic has forced people indoors and many others away from physical activity, so Play On is excited to be involved in getting Canadians back in action and back to living a healthy lifestyle.

“We need to be an active society, and we feel good about playing a role to facilitate the return to play and to getting communities out and connecting and being active again. And that is the message that Play On really delivers, and that’s the opportunity it provides,” added Hill.

With Play On being an event played in several cities across Canada, thousands of teams sign up for a chance to play every year, and Kelowna is expected to host close to 200 teams this fall.

“It’s delivered in the format of a tournament for all ages, skill levels, genders. So literally, no matter whether you’re five years old or a parent of a five-year-old, or 55-years-old, there’s a division for you no matter your skill level. So you sign up, your team gets placed in a division, and you’ll play four games and hopefully have memories that last a lifetime,” explained Hill.

People interested in signing up for Hockey Night in Canada’s Play On tournament can head over to the Play On website to register. The event takes place in Kelowna Oct. 1 and 2

Slather on some sunscreen, the solar is shining on Kelowna – Lake Nation Calendar