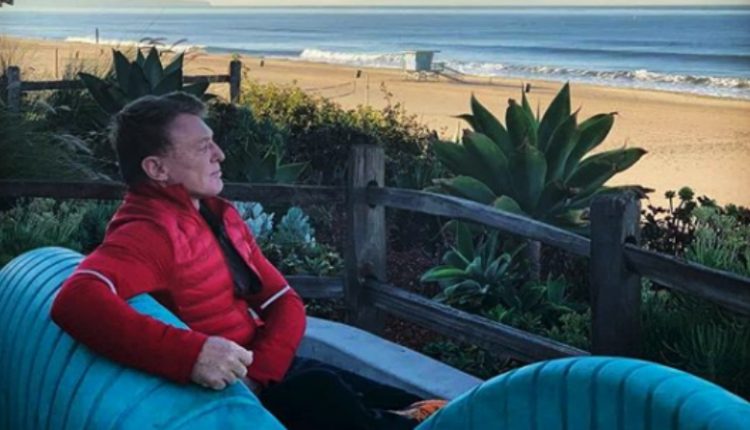 Eighteen months after losing his son, Tom Budd took to the stage at the KGH Foundation’s 2016 Heart of Gold Gala and delivered a speech that brought the room full of some of our community’s most generous philanthropists to their feet.

“Some people say I shouldn’t be standing here, others would say that based on what I’ve been through in the last 18 months, it’s a miracle I can stand here. But I can. Giving has saved my life. Giving has changed my life. And if I can make one guarantee to everybody here… you’ll have greater purpose, you’ll feel better about yourself, and even in days you don’t think you can get up, if you just give more than you take, you have a purpose and you have a life worth living. And I have one worth living.”

Portions of the speech can be found in the KGH Foundation’s new holiday giving video.

The words were powerful, but not as powerful as the feeling behind them. A feeling that anyone who’s given to something they believe in knows only too well. Those in the room stood in ovation and proceeded to give over $1 million to support cardiac care at Kelowna General Hospital.

Prior to 2015, Tom Budd was mostly known as the effervescent local investment banker who’d experienced much financial success in his business dealings. Back then, he’d chosen to engage in philanthropy for a variety of reasons, mostly on the practical advice of his accountant and marketing advisors. As a business man, giving made a lot of sense.

As he neared retirement though, Tom felt like something was missing as he began to realize that the financial success he’d experienced wasn’t ‘it’. He established the Thomas Alan Budd Foundation and began to explore more meaningful engagements in philanthropy. “I knew right from the beginning that giving and helping others felt better than taking or receiving.”

Then, in early 2015, Tom lost his youngest son, Dillon. Two years later, he lost his oldest son, Payton, both to suicide.

Since then, philanthropy has become Tom’s lifeline.

This past fall, Tom gave $250,000 to support JoeAnna’s House, a project led by the KGH Foundation, to build and operate a home away from home for the families of patients, the majority of which are infants and children, who’ve had to travel to KGH for advanced medical care.

“Giving back has provided me with tremendous personal growth,” says Tom. “On a daily basis, I measure success in my emotional well-being, which is tremendously impacted by how I feel I am able to help others. I ask myself, ‘Was I able to help someone today?’

“I hope that my legacy is far more purposeful than being a good business man. I hope my legacy is that I truly cared for others; that I have been a catalyst for hope for others. Because it is that hope that has helped me through tragedy.”

“Now, with the passing of time and my own personal challenges, this I know for sure – giving is good for the soul; giving back makes a difference to one’s own quality of life. It has made a profound difference in mine.”

Giving, even just a little bit, feels good. Tom’s words back in 2016 captured the essence of why. Giving not only helps to heal others, it helps us heal ourselves. It is what unites us as communities and as human beings.

Indeed, perhaps the true light of the holiday season lies not in the perfectly wrapped presents under the tree, but in the joy, hope, comfort and peace we can give to someone else, whether they be a loved one or a stranger.

Clips from Budd’s 2016 speech can be found in the KGH Foundation’s 2018 Holiday Giving video.

Giving is more than fixing what is broken, curing what is sick or healing what is wounded. Donate today and watch how giving changes you.