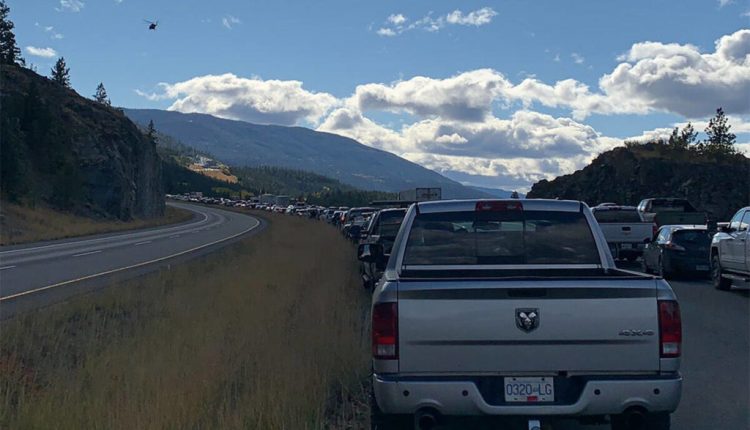 Both directions of traffic were closed down earlier

The incident has been cleared and the southbound lane is open and moving again.

Expect delays, however, as traffic clears out.

Drivers are told to expect major delays and to use an alternate route if possible.

A vehicle incident has slowed traffic down significantly on Highway 5 (Coquihalla) near Merritt.

Some people posted on social media that earlier in the afternoon, the southbound lanes were blocked, with traffic at a standstill.

A few minutes later, both directions were closed off. An air ambulance landed at the scene of the incident, according to reports.

Drivers are saying that conditions are dry and clear in the area.

We will update this story as more information becomes available.