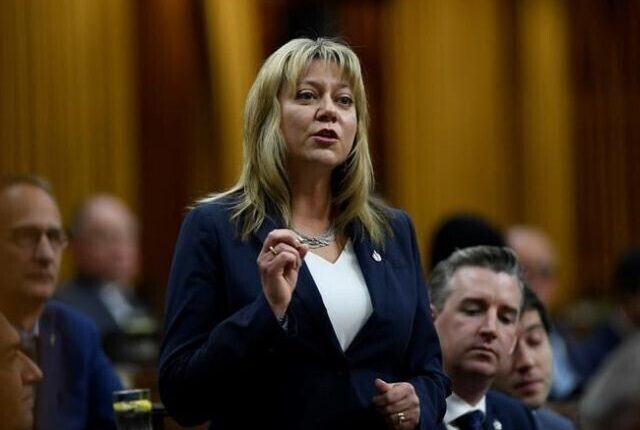 “I’m honoured that the people of Kelowna-Lake Country have voted for me to continue to serve as their Member of Parliament and it’s a true privilege to go to Ottawa and advocate on the behalf of our community and also to serve our constituents everyday in our constituency office during what has been a very difficult time for people,” Gray told Castanet Monday night.

While Gray regained her seat, securing roughly 45 per cent of the vote, nationally, the Liberal Party maintained its minority government.

“It’s clear that Canadians were also not prepared to give Justin Trudeau and the Liberals a blank cheque for calling the election in the middle of a pandemic,” Gray said.

“There were very few people that I connected with during the time of the campaign – and I did extensive door knocking ever since the writ dropped – who were happy that the Prime Minister and Liberals had put us into an election. We have to remember that ash was falling from the sky and people were evacuated the day the election was called.”

Gray said moving forward locally, she wants to work to get the Kelowna International Airport fully reopened and get the Okanagan Rail Trail complete.

“I’m just looking forward to getting back to work and standing up for our community,” Gray said.

While there was some mud-slinging between Gray and the Liberal’s Krupa during the campaign, Gray thanked the other candidates she rain against.

“I know that putting your name on the ballot to be judged by the community takes a big effort,” Gray said. “Now it’s a time for us all to come together, and to work together as we move forward during what is still a challenging time.”

With more than 1,900 votes than her Liberal challenger, incumbent Conservative candidate has been declared the winner in the Kelowna-Lake riding by The Canadian Press.

After jumping out to an early lead, Gray has maintained about 45 per cent of the vote as more polling stations have reported.

This is Gray’s second election win, after winning her first foray into federal politics in 2019.

The NDP’s Cade Desjarlais has received 18.5 per cent of the vote, while the PPC’s Brian Rogers and the Green’s Imre Szeman have gotten 6.9 and 3.3 per cent respectively.

The votes continue to roll in in the Kelowna-Lake Country riding, with incumbent Conservative candidate Tracy Gray maintaining about 44 per cent of the votes.

The NDP’s Cade Desjarlais has 1,249 votes, while the PPC’s Brian Rogers and the Green’s Imre Szeman have 516 and 220 votes respectively.

So far, 19.3 per cent of the riding’s polling stations have reported.

With 20 polling stations reporting, Gray still has about 45 per cent of the reported votes, with 1,004.

Liberal challenger Tim Krupa has secured 676 votes, while the NDP’s Cade Desjarlais has 365.

The PPC’s Brian Rogers now has 125 votes, while the Green’s Imre Szeman has 72.

Just 8.58 per cent of the riding’s 233 polling stations have reported their votes.

With just 11 polling stations now reporting in the Kelowna-Lake Country riding, incumbent Conservative candidate Tracy Gray has widened her lead, with 45 per cent of the reported votes.

She has secured 273 votes, while Liberal challenger Tim Krupa has 202.

NDP candidate Cade Desjarlais has 84 votes, while the PPC’s Brian Rogers and the Green’s Imre Szeman have 21 and 16 votes respectively.

The 11 polls reporting make up just 4.7 per cent of the riding’s 233 polling stations .

The first ballots have begun to trickle in in the Kelowna-Lake Country riding, with Conservative incumbent Tracy Gray taking a slight early lead.

While just four of 233 polling stations in the riding have reported their numbers, Gray and Liberal challenger Tim Krupa are neck and neck with 113 and 94 votes respectively.

The polls in B.C. closed at 7 p.m. and more results are expected to begin rolling in over the next hour.

Incumbent Conservative candidate Tracy Gray is looking to hold onto her seat in the Kelowna-Lake Country riding Monday evening – a riding that’s traditionally been a safe seat for the Conservatives.

Prior to Fuhr’s win, the Kelowna area hadn’t voted Liberal since the 1960s, but after four years with a taste of red, the Kelowna area went back to blue, with Gray handily beating Fuhr in the 2019 election, winning 45 per cent of the vote to Fuhr’s 33 per cent.

During this year’s campaign, Gray says she’s heard from local residents about their concerns over cost of living, housing shortages and monetary policy,

This year, she’s facing off against first-time candidate Tim Krupa of the Liberal Party. Krupa is no stranger to politics though, having worked as a policy advisor to Justin Trudeau between 2014 and 2017.

The NDP’s Cade Desjarlais is also vying for the seat. At 19, the second-year political science major at UBC Okanagan is one of the youngest candidates in the election.

Brian Rogers is running for the People’s Party of Canada in Kelowna-Lake Country. This is the second election the PPC has fielded candidates, and they’ve found some support among those who are against COVID-19 restrictions.

Finally, Imre Szeman is representing the riding for the Green Party this election. Szeman is a resident of Winlaw, and is professor at the University of Waterloo.

This year’s election comes less than two years after the last, far sooner than the four years required by legislation. While Trudeau is seeking a majority government with the early election call, polling shows the race is neck and neck between the Conservatives and Liberals.

Elections Canada won’t begin counting the hundreds of thousands of mail-in ballots expected in this year’s election, so final results may take longer in close ridings than previous years.

This story will be updated as results come in later tonight. 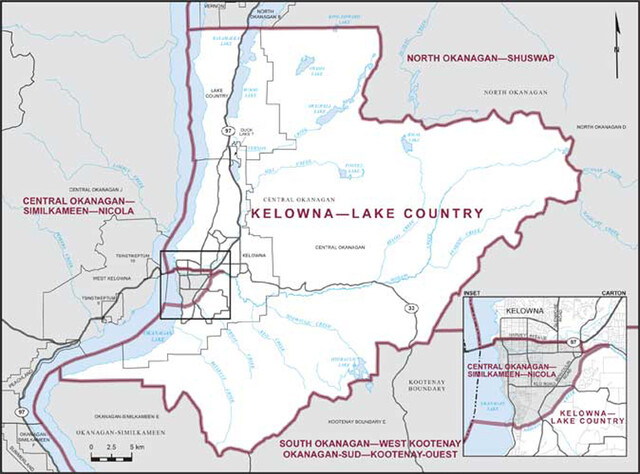 Cool, windy day on faucet for Kelowna with an opportunity of showers