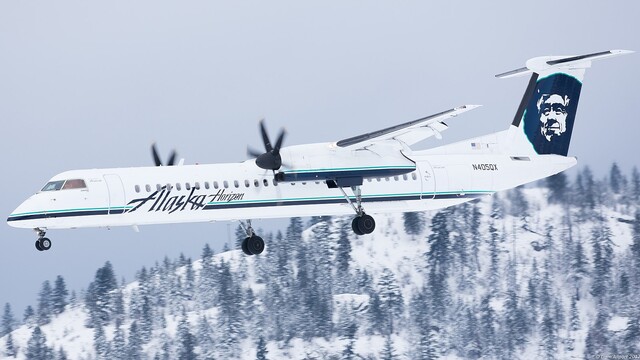 Alaska Airlines has already announced plans to fly internationally to Kelowna this winter, but the federal government still has not granted approval.

It appears the federal government has received the message.

After weeks of news coverage and demands by local elected and business leaders, a federal cabinet minister has addressed the ban on international flights into the Kelowna airport.

Harjit Sajjan, Minister of International Development, said on Twitter Friday he has spoken with the Transport Minister about the importance of reopening YLW to international travel.

“He will have announcement shortly,” Sajjan tweeted.

I spoke with Minister @OmarAlghabra who knows the importance of YLW for the residents of #Kelowna & the community in the #Okanagan, which includes opening to international routes. He will have announcement shortly. https://t.co/KCxKLQLvxQ

The federal government is staying tight-lipped about the prospect of international flights returning to the Kelowna airport.

A chorus of politicians and Okanagan business leaders have been calling on Ottawa to restore YLW’s international airport status for months now.

In a statement to Castanet News on Friday, Transport Canada said they are taking a “risk-based and measured approach to re-opening our borders.”

In a letter to the federal transport minister this week, Kelowna-Lake Country MP Tracy Gray pointed out that other airports with similar flight volumes to Kelowna have seen international flights return long ago.

“The political decision by the government to keep our airport closed to international flights is costing our region millions of dollars, our residents deserve better,” said Gray.

Transport Canada, however, denies that politics are at play.

“These decisions will be based on demand, operational capacity, the epidemiological situation in Canada and recommendations from the Public Health Agency of Canada and the Canada Border Services Agency,” the agency said Friday.

Allowing international flights at more airports is being considered as the pandemic situation improves, they added.

But with the winter ski season looming — and the Kelowna airport a hub for international tourists accessing the BC Interior’s world-renowned slopes — the clock is ticking.

“Destination BC is spending over $3 million promoting winter skiing in British Columbia, in Washington State, Oregon, and California. We can’t handle the inquiries regarding air because we have no information on when it will start up again. We believe this is killing the good business we have built together over the last 20 years” said Michael J. Ballingall, President, Tourism Big White Society.

Airlines appear ready to provide international routes in and out of Kelowna. Alaska Airlines has announced plans to start flying between the city and Seattle in December, but that would be contingent on the feds granting approval.