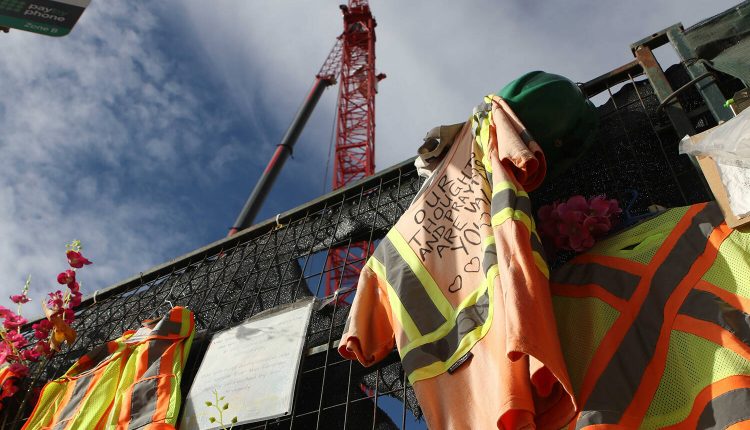 Investigators are able to keep laptops seized after the 2021 Kelowna crane collapse, a Supreme Court Judge has ruled.

The crane fell on July 12, 2021 as crews were working to dismantle it. The fall caused significant damage to surrounding buildings and killed five men.

An RCMP investigation began immediately after the fatal incident.

Among other items, three laptops were seized from the implicated construction company, Stemmer Construction Ltd.

Data from the laptops was then copied and analyzed by investigators.

The construction company has filed an application with the supreme court, taking issue with the continued holding by RCMP of the laptops.

Lawyers representing Stemmer Construction allege that the RCMP improperly filed reports when requesting the laptops be kept in their possession for investigating, for another year.

They said that the data contained on the laptops is a “thing” and should have been specifically requested. They saythat the data is unlawfully held and must be returned.

The defence alleges that the data from the three laptops is not sitting idle, but instead remains in active use by the RCMP.

“This, in effect, is allowing the RCMP to search the data without reporting the fruits of the search to the application respondent,” explained Justice Hardwick in her ruling.

Justice Hardwick decided that the Crown’s position is correct, and the RCMP will be able to continue investigations using the laptops and the contained data for another year.

She also said that the court will have to decide the lawfulness of the seizure, with respect to the RCMPs failure to include the data in the report.