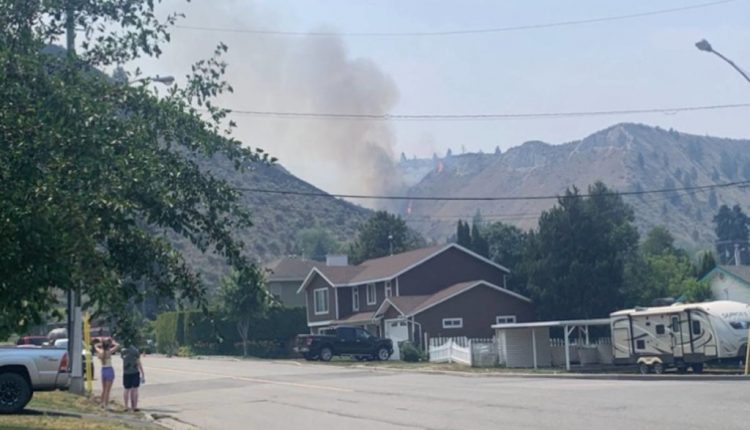 Juniper Ridge wildfire in Kamloops flares back up

While the fire between Juniper Ridge and Valleyview is officially under control, there have been flare-ups on Friday (July 1), the day after residents of both neighbourhoods were evacuated due to flames threatening homes.

While residents have since been allowed back in their homes, fire crews continue to work the blaze, which has ignited again in the hills behind the area of Valleyview Drive and Tanager Road.

A section of Valleyview Drive in that area is closed to traffic as Kamloops Fire Rescue crews work the fire, with help from water bombers dropping fire retardant and helicopters dumping buckets of water.

As of 1:30 p.m. it did not appear as though homes were in immediate danger, though some residents were seen preparing to leave, if necessary.

There are 21 personnel, air tankers and helicopters supporting the response to the fire.