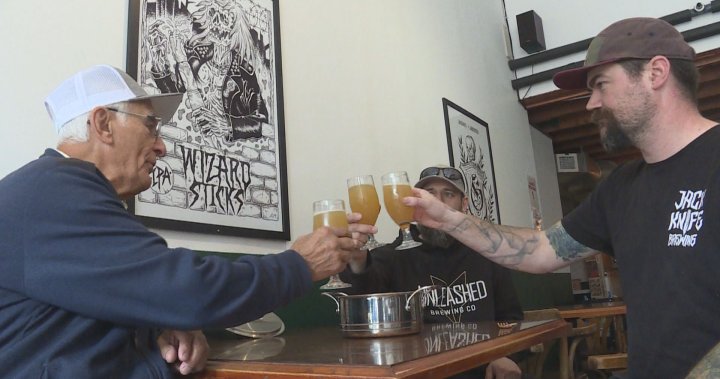 Family history has been passed down for generations through food.

Now, a traditional Ukrainian Christmas dish called Kutya or Kytr is being transformed into a beer to raise funds to support relief efforts in Ukraine.

“I am Ukrainian, along with Brad from Jackknife [Brewing],” said Mike Prytula with Unleashed Brewing Co.

“We were working on a collaboration long before all of this went down and as things progressed, we both decided that we would donate everything that we could to Ukraine.”

Prytula joined forces with Jackknife Brewing to craft a beer that tastes just like the traditional Christmas dessert his dad, Don, makes every year.

“It is a wheat dish starting off with the wheat, adding honey, poppyseed, salt and pepper and trying to get a consistency, whereby in the Ukrainian tradition, it would be thrown at the ceiling and if it sticks, it’s good Kytr.”

Some grain was donated to them by one of their suppliers to keep the cost of creating the beer down, so they can donate as much as they can to Pravda Brewing in Ukraine.

“Pravda Brewing put out a call just as the bombs were dropping initially. They were basically turning their bottling production facility into like a Molotov cocktail facility,” said Brad Tomlinson with Jackknife Brewing.

“They put the call out to make beer and send [them] the money [so they] can put it into action right away.”

The beer isn’t the first delicious fundraiser to come from Jackknife Brewing and it most likely won’t be the last.

The collaboration between Unleashed Brewing and Jackknife will be ready to hit their taps by the end of April.