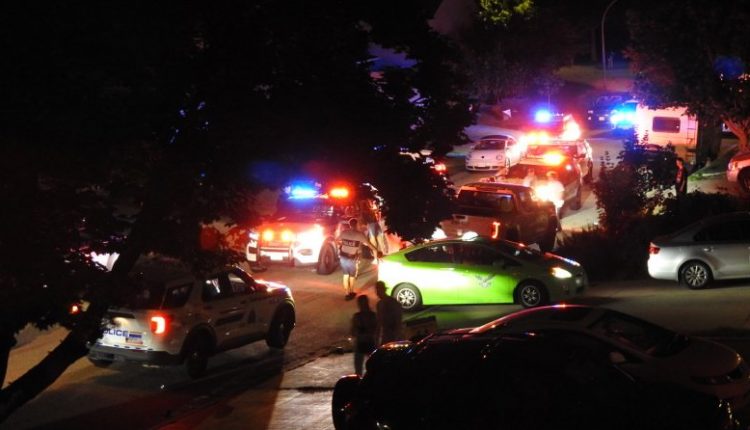 Kelowna cops injured, a number of arrests made at ‘uncontrolled’ home get together

A house party in Glenmore ended with multiple people being brought into custody and minor injuries to a local RCMP officer who was allegedly assaulted.

Bylaw officers requested the RCMP’s assistance at the party in the 200 block of Crossridge Crescent around 11:20 pm on Friday.

According to police, multiple members of the public reported the “large, out of control” house party that evening.

Officers arrived at the scene and deployed non-lethal use-of-force options, specifically oleoresin capsicum spray, in an attempt to gain control of the raucous crowd.

A number of arrests were made in the process and an officer was injured in the process, which has led to charges being forwarded for assault on a police officer, resisting arrest and mischief.

Six people were held in custody until they were sober and able to care for themselves, police explained, and one person was released on an appearance notice.

Cst. Mike Della-Paolera called it a “highly-volatile call” and a situation that was “frightening for the neighbors.”

He also noted that the cop who was allegedly assaulted wasn’t the only officer to receive minor injuries while breaking up the party.

“Every party has the potential to get out of hand when not monitored and controlled properly. Please speak to our young people about a safety plan when they are planning to use alcohol and drugs. It is necessary for hosts to understand their legal and community obligations for hosting safe and respectful parties. Communication is vital, in particular, planning ahead of events where alcohol and drugs will be consumed.”

Both the RCMP and bylaw are investigating the incident and further charges are being considered.

Police noted that there were many people taking videos of the party and police response and anyone who wants to submit footage to assist the investigation can do so through email or by calling 250-859-4571.

Denim on the Diamond returns to Kelowna this weekend – Kelowna Information