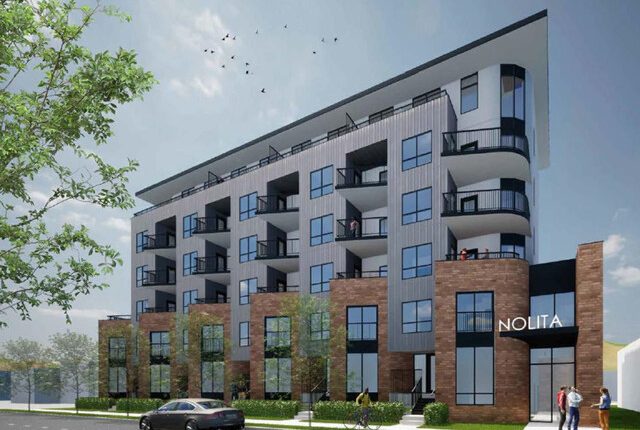 Kelowna city council concluded its four-year term Monday, approving a pair of six-storey apartment buildings which will once complete add about 250 units to the city’s rental inventory.

One is on the southeast corner of Gordon Drive and Lawrence Avenue, the other on Coronation Drive, directly across the street from a proposed three-tower development recently turned down by council.

The Gordon Drive development, located in a transition area between the downtown and Capri urban areas would be constructed on a site which currently houses a commercial building with office tenants and a daycare.

The project would include 192 units of rental apartments and townhomes as well as a childcare centre on the main floor to replace the existing daycare.

“I want to applaud staff for working with the applicant to meet many objectives with this application, specifically around daycare and rental tenure only,” said Coun. Loyal Wooldridge.

Council unanimously approved a development permit for a six storey rental apartment encompassing four lots in the 600 block of Coronation.

Single family dwellings on the four properties will be demolished to make way for the apartment.

Planner Mark Tanner told council the apartment will include 60 rentals made up of 25 bachelor units, 20 one-bedroom and 15 two-bedroom units.

A parkade will provide parking for 58 vehicles.

The sleek design of the building caught the eye of several councillor, including Charlie Hodge.

“We get a lot of apartment buildings and complexes put before us, and quite often they are pretty dull,” Hodge told council.

“This particular one is far from that. It shows, in my mind, a real creative flair.

“I would of course like to see more green, but I do like what the design looks like on this building. I think it’s a very creative look.”