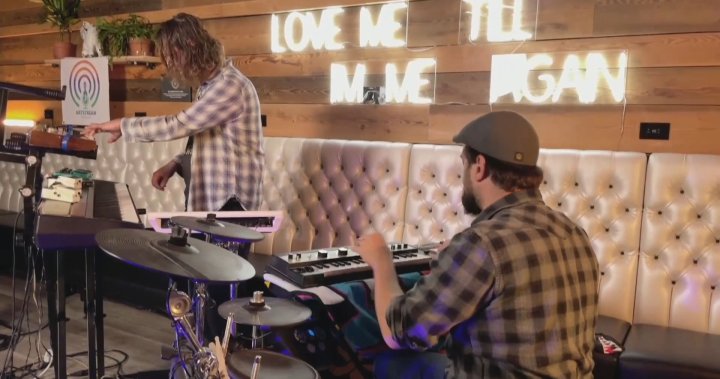 Kelowna electronic band, The Cavernous, has joined the call to help Ukrainian refugees. By adding one of their songs to a fundraising album that features 200 tracks from other artists around the world.

“We were able to actually raise $2,500 within the first eight and a half hours of its release,” said Robert McLaren, The Cavernous.

The collaboration is one of the largest albums ever released on the online streaming platform Bandcamp.

All funds raised through the collaboration go directly to Vostok SOS, a volunteer lead organization that supports people affected by the war and the Ukrainian Red Cross.

“I grew up with a lot of Ukrainian families. So this is pretty close to home for me,” said McLaren.

“The second that I saw the opportunity to help, I wanted to and personally I just wish I could do more.”

The charitable album offers the full gambit of electronic music. Including the unique niche within the genre, The Cavernous has carved for itself.

“It’s more contemplative. We have everything from ambient music, stuff you would meditate to. To industrial music that would be more like a protest theme.”