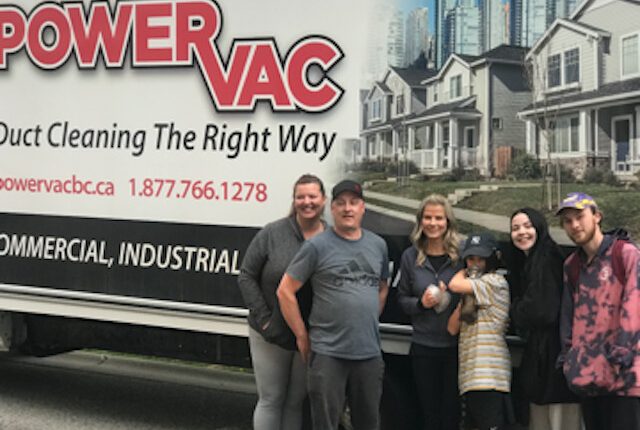 Kim Van Kooy, centre, with her three kids, Leo the ferret, and Greg and Tammy who helped in the rescue.

The community responded in a big way when a woman recently lost her pet ferret in the ducts of her home.

Kim Van Kooy didn’t know what else to do when she contacted Castanet Friday about her pet ferret Leo who had crawled into the bedroom vent of her Black Mountain townhouse.

“My email just lit up with people who have ferrets or hamsters who’ve dealt with the same scenario,” she said.

Greg and his wife Tammy, with Power Vac Professional Duct Cleaning reached out, and came over to her home Friday afternoon.

“He had the duct camera … so we started in my room where Leo went in but she wasn’t in there,” Van Kooy said.

“We went down and took the cover off the furnace, put the camera up there and there she was … my younger son ran upstairs and was able to find her in one of the vents and scooped her out.”

Van Kooy said Greg and Tammy had gone through a similar situation with their own hamster several years prior. She says she’s extremely grateful the couple came by and lent a helping hand, free of charge.

“You have no idea, it was a full 24 hours she was in there and she was starving and shaking,” Van Kooy said. “I’m overwhelmed by how many people responded … it’s unreal just how people can come together.”