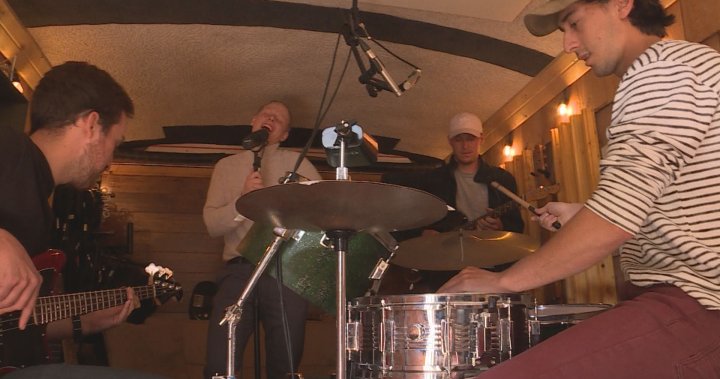 Kelowna’s own 538 St. sound sets it apart in the Okanagan music scene.

The band takes its unique name from the house of brothers and bandmates Jake and Sam Cooke, where it all began.

Jake had his laptop and all of his music stolen while he was recording music in his rolling recording studio, the band Wagon, and then he knew it was time to start the band with his brother.

Kelowna, BC, artist uses canvas to tell his story of addiction, homelessness, and triumph

“I sent him seven beats that I had recorded on my iPhone and when I got back a month later he had texted them all,” Jake said.

“And the first one was t-shirt backwards.”

Then they brought in Waseem Hakhroo on drums and Austen Sawchuk on bass to perfect their mix of hip-hop, funk, R&B and jazz.

“We took it in so many different ways,” Sawchuk said.

“It’s been a back and forth year, but now we’ve decided on a version that we all really love.”

The single was recorded from the floor of the band Wagon, which happens to be the headquarters on 538 Street.

“It usually starts out as a riff or melody and can explode into what T-Shirt Backwards has,” Sam said.

To follow the band and hear their debut single in full length, visit their website at www.538stband.com