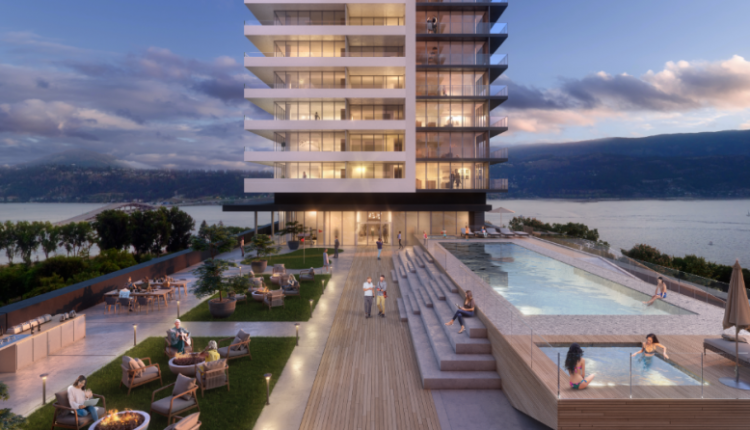 Kelowna is yours on Water Road by the Park

With the desire to get away from the busy cities and crowded areas growing in Canada, Kelowna has positioned itself as an exciting option for those looking for big cities with a small town vibe.

The recently released RATESDOTCA Livability Report found that of those planning to move since April 2020, one in five have moved from urban centers to smaller towns or are expecting to move. The same report named Kelowna the second most popular moving destination in the country, in part because of the cost of housing, which is extremely competitive compared to rising average home prices in major cities like Vancouver and Toronto. For retirees, students, young families, and professionals, Kelowna is brimming with momentum and hope. The idea of ​​making year-round living by the lake the new normal is attractive to both homeowners and investors.

The Kelowna real estate market is on a steady upward trend, quickly recovering from a brief slowdown at the start of the pandemic, with demand exceeding available inventory. This fast-paced market has drawn the attention of developers like Vancouver-based Orchard Park Properties, who are bringing a prime residential development to Kelowna in response to buyer interest in the area. Their Water Street by the Park project will house 650 residences in three towers designed to alter the skyline, with one building believed to be the tallest in inland British Columbia.

To attract people moving from urban centers and to appeal to local shoppers, the development is completed with an ingenious package of amenities that maximizes the Kelowna lifestyle from its central downtown location overlooking Okanagan Lake.

Developer Anthony Beyrouti commented, “We put a lot of thought into the features that make Water Street by the Park special for residents. From a unique equipment package with a heated pool, a fitness facility with a lake view and a golf simulator to the design of the building so that almost 80% of the houses have a lake view and each unit has a spacious private terrace. We build houses that you can enjoy every day of the year, in every season, indoors and outdoors. ”

In addition to exciting amenities, Water Street by the Park invites residents to experience “Love Where You Live” by highlighting a convenient location one block from Kelowna City Park.

The downtown address offers a Walk Score of 95, easy access to 300 kilometers of the city’s bike paths and the William R. Bennett Bridge, as well as local restaurants, wine bars, craft breweries, artisan cafes, banks and a large grocery store within three blocks. The project also provides proximity to the University of British Columbia Okanagan and Kelowna General Hospital.

With Canadian property values ​​continuing to break records and displace many first-time buyers, the affordability of Kelowna real estate shines when you consider the destination lifestyle, which Anthony Beyrouti carefully considered with Water Street by the Park.

“We’re creating value for buyers with square feet to build that are very competitive with similar projects in Kelowna,” he explains. “For early investors, the resale values ​​will be very attractive. And compared to cities like Vancouver or Toronto there really is no comparison. The space, location, amenities, and views that Water Street by the Park has to offer simply cannot be offered anywhere near the same price in these cities, which is why we are seeing such great interest from buyers in these areas, in addition to a large local Interest.”

Water Street by the Park will go on sale in spring 2021. For more information on the project or to register, visit www.waterstbythepark.com.