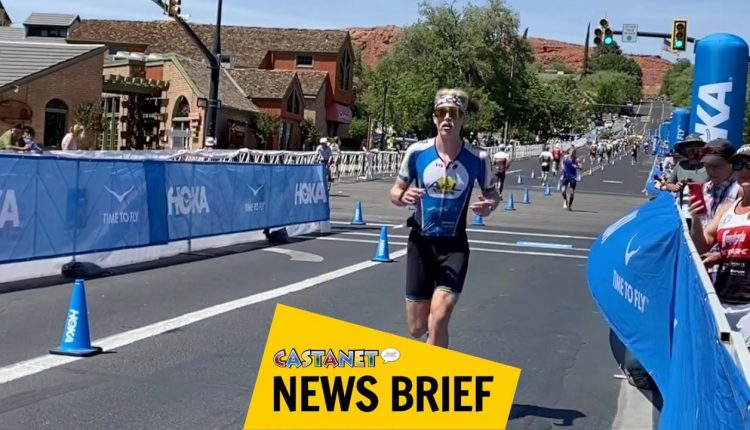 A Kelowna man is now a world champion after winning the amateur U24 Ironman World Championships in Utah earlier this month.

Jameson Plewes, 22, completed a near four kilometer swim, a 180 kilometer bike ride and over a 42 kilometer run for a total time of 9:24:18. And although he’s excited about earning the title of world champion, he says there’s a lot of work left to be done.

“It feels good in the moment and I’m happy to have that title, but I can’t let it get to my head because there’s a lot of work to be done and a long way to go.”

Plewes is proud that all of his countless hours of training over the years manifested into a world championship, but that he couldn’t have done this all on his own, and he says his coach was a big part of his success.

“I’ve been working with Luke Way for three years now at Balance Point Racing […] We’ve really worked on fixing my weaknesses especially. In this sport, that’s what it’s about, you have to train your weaknesses. You can’t have any holes, you have to be good across all three disciplines.”

Plewes says the most difficult part about being a successful ironman is balancing that lifestyle with school, but with a good mindset and determination, he was able to accomplish his goal.

“It acquires mental discipline and you have determined to stay, you have to have very clearly defined goals. Every day has to be optimistic, you can’t be wasting time, you have to be eating clean, can’t be staying out, can’t be drinking – stuff like that. You have to really have an optimized lifestyle.”

Being a world champion at the amateur level isn’t enough for the young ironman, and he says he wants to gain professional status in the coming years.

The next big race for Plewes takes place in Penticton in August at Ironman Canada.